Volunteers: an important piece of the puzzle 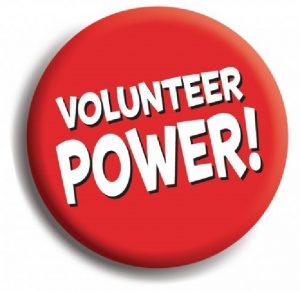 Volunteer Recognition at Miami Valley Hospital took on a special significance this year since many of those involved had worked at Good Samaritan Hospital before it closed last July. It seemed fitting that the Volunteers from the 3 Premier Hospitals were invited to the Main Hospital for this Program. That totaled over one thousand invitees although not everyone was able to attend.

As we entered Magnolia Place, a beautiful Dining Area on the sixth floor of Miami Valley Hospital, we were asked to choose a piece of a picture puzzle and to find its place in the large puzzle on the table. Seeing how it all fit together so perfectly helped us realize that the picture isn’t complete without each one of us. The Volunteer Board and Advisory Staff spoke of their appreciation for the ministry of each participant. While we were served a delicious lunch, we had the opportunity to interact with Volunteers from the other Premier Health Hospitals.

The Awards Ceremony followed the meal in which it was very evident that there were thousands of hours of donated services. A booklet printed for the occasion listed each Volunteer’s Name and her/his hours of service. Those who accumulated 200 hours received a Certificate of Recognition while those who had 500 hours through 3000 hours received a pendant at each 500 hour interval. And those who reached 3000 hours of service received a gold key signifying a Lifetime Membership and their names will be inscribed on  the Legacy Wall. I was grateful to have reached the 1000 hour mark, whereas Sister Anna Maria Sanders had 13,924 hours and Sister Virgine Elking had 19,495 hours. Regardless of the number of hours, I think we all felt an important and an appreciated “piece of the large puzzle.” I also felt that I received much more than just giving of time and talent. Volunteering in the Cancer Center at Miami Valley Hospital North as a Chaplain is so enriching, and I trust I can continue to minister there for many more hours.

Assembly Directive: Network with other groups to be effective in our current reality