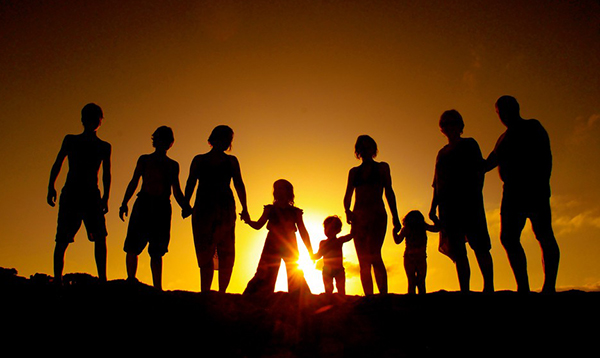 Matthew’s words, “whoever loves father or mother more than me is not worthy of me” are actually softer than the same passage in Luke: “…if anyone comes to me without hating his father and mother, wife and children… .” It helps to remember who Matthew is writing for. After the Romans destroyed the city of Jerusalem with its great temple in 70 CE, the Jews began moving out into villages in the Near East. The rabbis re-centered Jewish religious practice in local synagogues instead of the temple. They began expelling from the synagogues the Jews who believed in Jesus. So Matthew’s “Christians” are having to separate from their Jewish families because of their belief in Jesus. Imagine the strife that caused. Jesus had taught that it was not his mother or brothers who were his family, but whoever believed in him. What does all this mean? It challenges us in two ways. First, to have our families, or our living groups, be truly centered in Jesus, even if that means that some family members, those who chose not to believe in him, won’t be able to feel as close. Second, it challenges us not to make “family first” be something exclusive. Families need to remain open to others, so that they can welcome the stranger, meet needs of non-family members, and become part of something larger. Families need to nurture concern for the common good and membership in the world family. Only if we can get beyond the limitations of natural groups, like families or even nations, can we link with others to address the complex issues of our times.