In March, when we began the initial shutdown and I left the office to work from home, I never anticipated I would still be working from home in August. We postponed a few vocation events, thinking we’d simply reschedule them in the summer. Initially when we realized in-person events were not feasible for the foreseeable future, I was discouraged. However, grace emerged in the form of creativity. Other vocation ministers shared their experiences with virtual discernment groups, “Zoom & Sees” (in lieu of the traditional Come & See discernment retreat), and a host of other virtual ways to connect with women discerning religious life.

So, in the last month, I’ve been using some creativity of my own to connect with women. Many of the conferences where I typically have an exhibit have been cancelled. Some have joined the virtual world and hosted virtual exhibits. Last weekend, I set up a few call times and women interested in learning more about the Sisters of the Precious Blood stopped by our virtual booth by way of Zoom. A Sister and I answered questions, presented the Congregation’s spirituality and introduced them to religious life. Instead of the handful of women from a certain geographical area, we were speaking with women from Australia, the Philippines, Ireland and, of course, throughout the U.S. all at once!

Our virtual discernment group launched on Facebook in July. It is a private group for young adult women to build a community with whom to share their discernment journeys. We “meet” once a month to reflect on elements of discernment and Precious Blood spirituality. Currently, there are almost 30 women from around the world who have joined our group. We also have a “Zoom & See” in the planning stages, which will invite women to get to know us without leaving their homes.

Eventually, our world will come out of this pandemic and we will be able to resume our in-person events. However, I am embracing the opportunity now to encounter women who otherwise would not have heard of the Sisters of the Precious Blood, let alone visit us. Holding virtual retreats gives more women the opportunity to explore religious life without the time and cost of travel. The flexibility of virtual events allows women to continue their school or work lives as well. There’s also less of a commitment level in sharing a video call than visiting for an entire weekend. 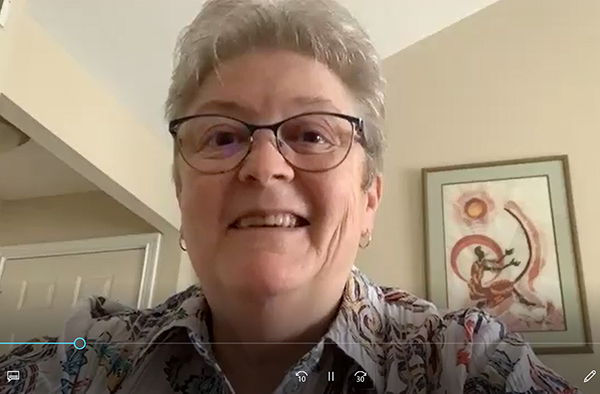