History of the Convent Cemetery at Maria Stein Shrine

Maria Stein Convent Cemetery started in 1878; prior to 1878, Sisters were buried in St. John’s Parish cemetery in Maria Stein. When identifying cemeteries, the words “convent” and “parish” are important when referring to Maria Stein.

When calculating the total number of Sisters who have died and are buried in different cemetery plots, let it be remembered that in some of the early chronicles and the death register, orphan children who were buried among the Sisters are included in the number of burials in that specific cemetery.

There are 534 Sisters buried in the Maria Stein Convent Cemetery. 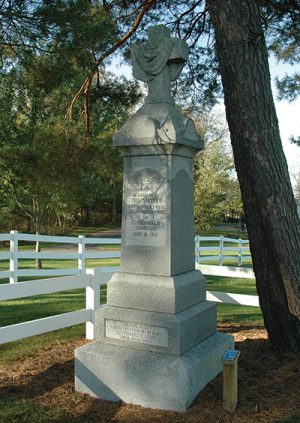 A monument dedicated to the Sisters whose bodies were transferred from the Gruenenwald Cemetery.