Sister Karen Elliott, chair­person of the Religious Studies Department at Mercy College of Ohio was re­cently promoted to full profes­sor at the College.

The Board of Trustees unanimously approved Sister Karen’s promotion in rank. She was hired as an assistant professor of religious studies in 2004 and promoted to as­sociate professor in 2009.

“I have always believed that none of us accomplishes anything alone,” Sister Karen said. “Foremost, I am grate­ful to the Sisters of the Pre­cious Blood who have sup­ported me throughout all of my studies, especially at the doctoral level. Additionally, I am grateful for the support of my family, friends, and col­leagues at the College. I am inspired by my students who desire to deepen their own spirituality as they grow in their appreciation and under­standing of the ministry of healthcare.”

A native of Dayton, Sister Karen graduated from Chami­nade Julienne High School. She holds a bachelor’s in edu­cation from Wright State Uni­versity. She earned a master’s in Theology from St. Michael’s College in Colchester, Vermont and a Doctor of Ministry from Barry University in Miami Shores, Florida.

She has been a Sister of the Precious Blood for 35 years. 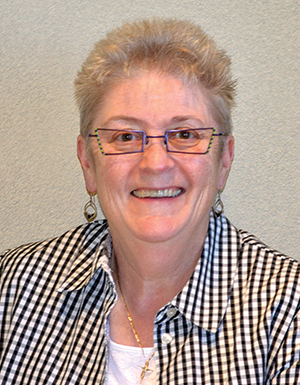