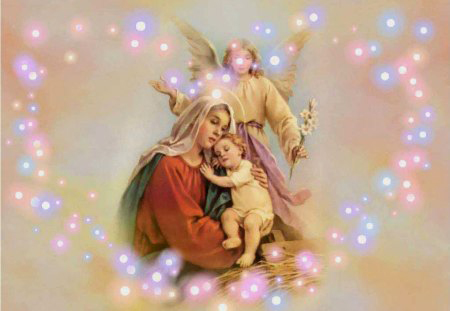 The fourth Sunday of Advent in each lectionary cycle is a “Mary Gospel.” In this Sunday’s Gospel, the Angel is telling Mary that she will bear a son who will be both “son of the Most High” and also heir to the throne of David, that is, a member of the royal Jewish line. When children are born, parents often have specific hopes for them. But then surprising things happen along the way as children begin to be their own persons and make their own choices. For the apostles and the people who encountered Jesus of Nazareth, He was not the kind of messiah, or heir to the throne of David, that they envisioned. Throughout the Gospels people often were puzzled or shocked by Jesus and asked, Who is this man? His crucifixion was a real scandal, preventing many from becoming Christians and challenging the faith even of his Apostles. We are not told what Mary thought as she watched and listened to her son teach and heal and then die. I wonder if she had the same struggles and questions as I do when the Lord does not meet my hopes and expectations. I imagine that the trust she expressed to the Angel — may it be done to me according to your word — was often needed to sustain her own faith journey. And it sure is for mine!