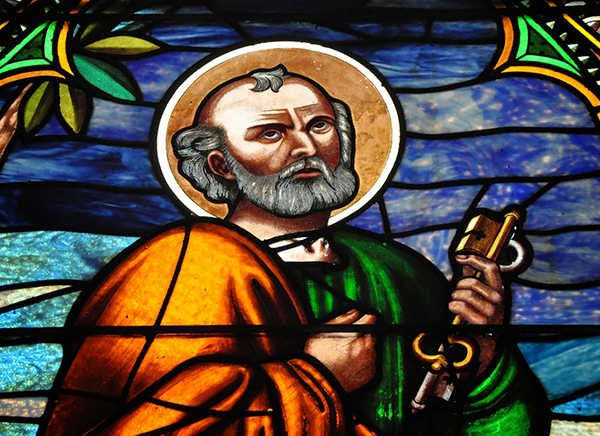 You are Peter, and upon this rock I will build my church.… For Catholics, the Gospel of this 21st Sunday of Ordinary Time is heard with reference to our Church and its leader, the Pope. Peter is a prominent figure in Matthew’s Gospel, written around 85 CE, about 25 years after Peter had died. His memory is powerfully preserved in Matthew, and he is certainly given position of primacy. It would be more accurate to think of Peter as the leader of the church in Rome than as what we understand today by the word “pope.” The ekklesia, the early church, was embracing Peter as its unifying figure after Jesus’ death. Unity is mentioned in the opening prayer of Mass today, which speaks of the faithful united in a single purpose. Peter does not seem to be a brilliant iconoclast like Paul — check out Peter in Acts of the Apostles. But perhaps groups do better with a “rock” kind of leader after all! Let’s pray for Pope Francis this week. May his work of unifying the church and building bonds of unity with other churches be blessed by the Lord in abundance.