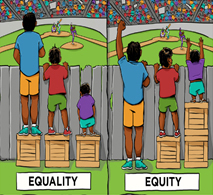 The Hebrew Scripture reading this Sunday is part of the prophet Amos’ diatribe against rich people, who feast while the poor starve. It is paired with Jesus’ parable about the rich man and the poor beggar Lazarus. Jesus, however, was not against rich people. He had wealthy friends and supporters of his ministry, and he was accused of being a glutton because he dined at the homes of rich people. Hebrew Scripture also is not against rich people but sees wealth as a blessing from God. The problem arises when wealth is gained at the expense of the poor, by taking advantage of them, or when wealth blinds us to the poor and dulls our response to them. Today we ask a new question, one that people in Jesus’ world would not have thought to ask. Is it equitable for there to be billionaires when so many people are without food, housing and other basic needs? Is there something wrong with a global economic system that creates such a situation? We might not ourselves be wealthy, but we are citizens of the world who must help make economic changes, changes not to end wealth but to end destitution.