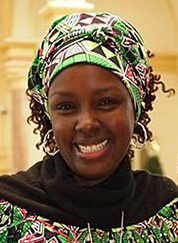 Having worked on one end of refugee work with the UN, I was curious to see how things work on the other end. The UN considers three options as durable solutions for refugees: voluntary repatriation to the country of origin, integration in the country of asylum or resettlement to a third country, which is usually somewhere in the western world. Of all the refugees in the world from conflicts ranging from more than 30 years back, a very small percentage of them qualify for resettlement and in many cases, most have been living in their first countries of asylum for periods ranging from a few years to twenty or more. Various faith groups have been at the forefront of helping refugees resettle in the US and in Dayton; resettlement work is handled by the Catholic Social Services of Miami Valley.

My work as a volunteer with CSSMV revolves around various aspects of Cultural Orientation which ranges from helping them become comfortable with navigating various aspects of American life, be it using the bus, accessing amenities, paying bills, etc. Being that a large percentage of new arrivals are from Eastern Congo and having Swahili as one of three or four languages they speak, I often act as a translator or help explain things to them from a shared African perspective. I love my ministry, but it also constantly tears at my heart with the range of issues that I come across that too often I can do little about. Adapting to the American way of life was challenging for me too despite the support of a community which allowed me to ease into things slowly. How much harder it must be for a family of non-English speakers, with limited resources who have to be on their feet within a few months after years of living in a camp. Their resilience and cheerfulness and generosity gives me the energy to continue giving the best of myself in this ministry.