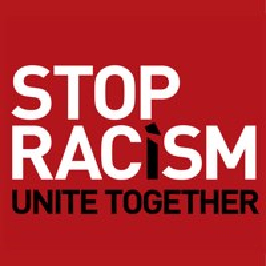 Thirteen Precious Blood sisters, five Precious Blood priests and Colleen Kammer were among the 150 people that attended a presentation at Precious Blood Church titled “Terrorizing African Americans, Immigrants, Jews: The Past and Present of the KKK and White Supremacy,” on May 23. Dr. Bill Trollinger, a history professor at the University of Dayton, delivered the presentation. He said that when the Ku Klux Klan, which proclaimed pure American nationalism, was at its peak in the 1920’s, Ohio had more klanspeople (women included) than any other state – 400,000. And 20% of the population of Dayton that was eligible to join the Klan, did so. Sister Rosemary Laux remembers the Klan burning a cross on the lawn when she was a postulant. The Klan proclaimed hatred for Catholics as so many of them were immigrants at that time. The evening was sponsored by the social justice committee of Precious Blood Church and the Archdiocesan Catholic Social Action office.

The Missionaries of the Precious Blood were involved in efforts to counter the effects of a KKK rally which was held in Dayton, Saturday, May 25, 1-3 pm. Fr. Angelo Anthony, C.PP.S., invited people to lift up prayers for divine mercy. St. Joseph Church in downtown Dayton, where Missionaries are in ministry, and where Fr. Angelo is pastor, held Eucharistic adoration from noon to 4:30 p.m. on Saturday while the rally was going on.

20 groups in the city worked together to organize a family outing. It was a peaceful rally of unity and love, held Saturday, May 25, 1:00-3:00 pm at McIntosh Park. Other groups in the city said that was not enough, and they planned a counter protest across the street from Courthouse Square (where the Klan rally took place). All law enforcement officers in the city were on call throughout the weekend to secure the peace.

On Sunday, May 26 Dayton churches held a service of cleansing at the Courthouse Square. “There were prayers and ritual cleansing so this might once again be a place of peace and unity,” Fr. Angelo said. “So many events happen downtown at Courthouse Square – it is a place where we come together as a community.” The city of Dayton needs prayers for peace.

Thank you for your prayers for peace in Dayton on Saturday. The KKK rally came and went with no incidents of violence. We’re grateful for all your support and for everything Missionaries (and Sisters of the Precious Blood) in the city, did to help spread a message of peace and unity.