Some great news from OTSE – Ohioans To Stop Executions 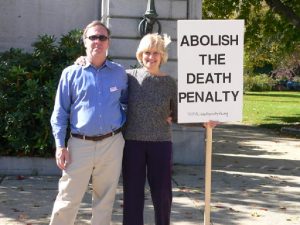 The big news out of Ohio is that the House Criminal Justice Committee passed H.B. 136 by a vote of 11-1.

On June 5, 2019, the Ohio House passed the bill and this ends the death penalty for individuals with serious mental illness. Defendants could escape the death penalty if they suffer from schizophrenia, schizoaffective disorder, bipolar disorder and delusional disorder during the time of the crime. Representatives passed House Bill 136, 76 to 17.

Kevin Werner, after twelve years of serving as OTSE’s Executive Director, is transitioning to the Ohio Justice & Policy Center to work as the policy director. Kevin will continue to serve as an OTSE board member. Hannah Kubbins will be the new Director and will lead the organization and work in collaboration with the Board of Directors.

Directive: Stand with the marginalized…commit to nonviolence…