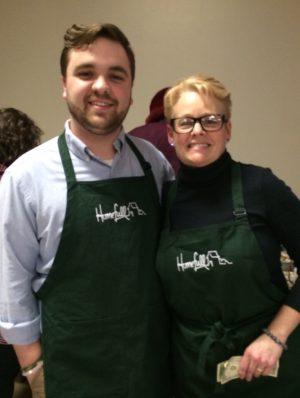 Colleen Kammer attended the March 7 Gem City Market (GCM) community meeting at Omega Baptist Church in Dayton. It was a fun and engaging meeting — standing room only! Fifteen to 20 percent of the produce to be sold at the market will be locally sourced. One of the vendors will be Homefull. The organization had a stand at the meeting with vegetables grown in their hoop houses. Trudy Elder, who has been with Homefull for 20 years (shown in the photo), says the Sisters are special to her. She conveyed her thanks to the Congregation and said she is very appreciative of everything Sisters of the Precious Blood have done for the organization. 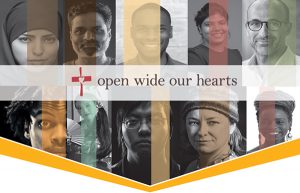 Several Sisters and Colleen attended the Bishops’ Listening Session on Racism at the University of Dayton on March 8. Members of the USCCB’s Ad Hoc Committee on Racism were present to hear testimonials of two dozen people in the Archdiocese, including youth, that have experienced racism. Sisters Ceil Taphorn, Maryann Bremke, Jeanette Buehler, Rosemary Goubeaux, Judy Niday, Marita Beumer and candidate MiKyoung Hwang were present along with 300 other Catholics and non-Catholics from the region. 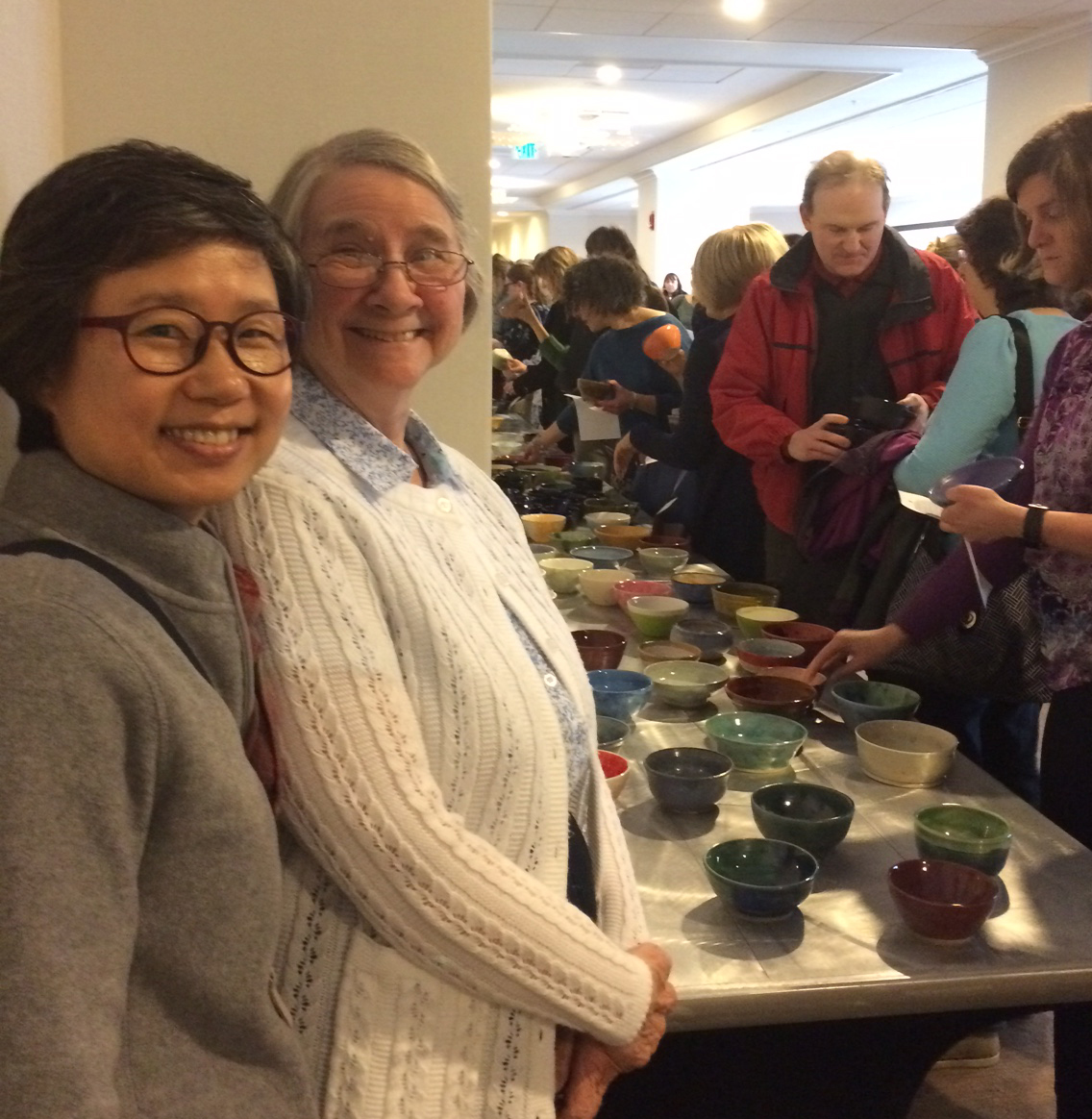 Empty Bowls 2019
Empty Bowls, an annual event which benefits the House of Bread, was held at the Marriott at the University of Dayton on March 14. Sister Paula Gero, MiKyoung and Colleen attended the event, sampling delicious soups from numerous restaurateurs in Dayton. People excitedly chose their ceramic bowl to take home with them, some of which Sister Paula and MiKyoung created. The House of Bread serves a nutritious, hot meal to people in need, 365 days a year. 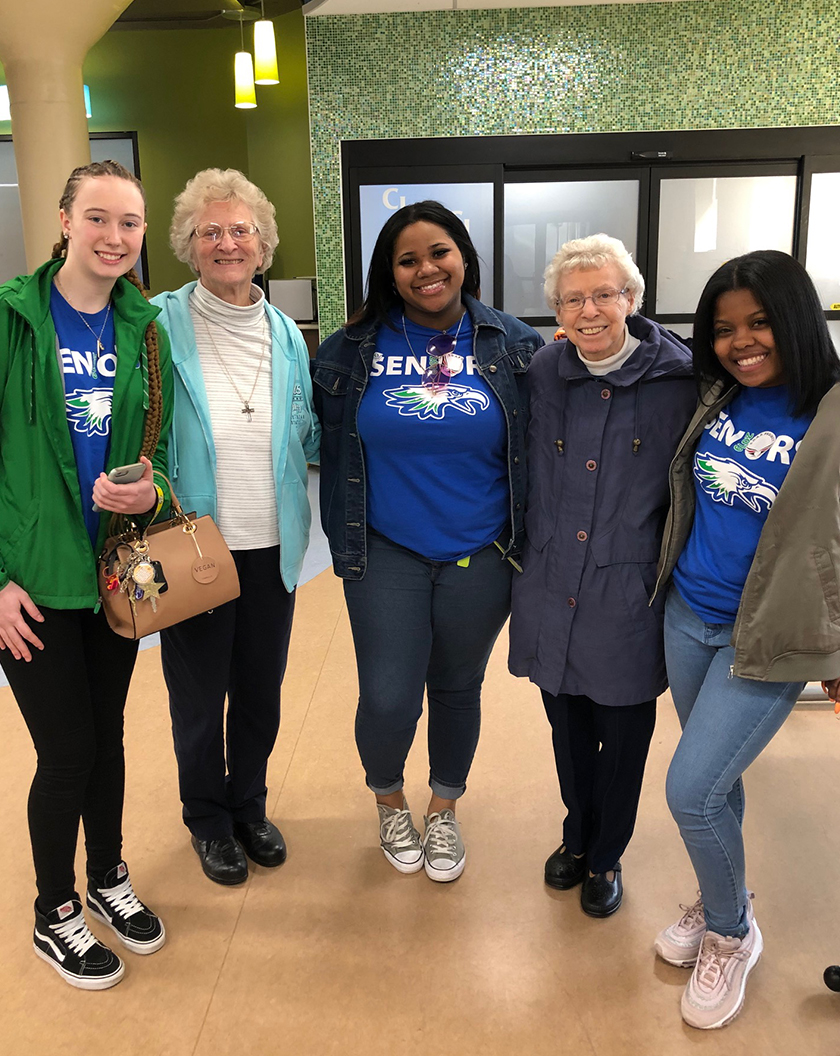 On Saturday, March 16, Sisters Marita and Rosemary G. and Colleen participated in “Soap Up the First Four,” an anti-human trafficking outreach to area hotels prior to the NCAA First Four basketball tournament in Dayton. Sisters of the Precious Blood co-sponsored the event along with Chaminade Julienne H.S., Abolition Ohio, S.O.A.P. organization and the University of Dayton Human Rights Center. Visits to 80 hotels in the greater Dayton area were made to raise awareness about human trafficking and to deliver missing children posters and materials labeled with the national trafficking hotline number. Sisters Marita and Rosemary were teamed with three students and Colleen teamed with two students. 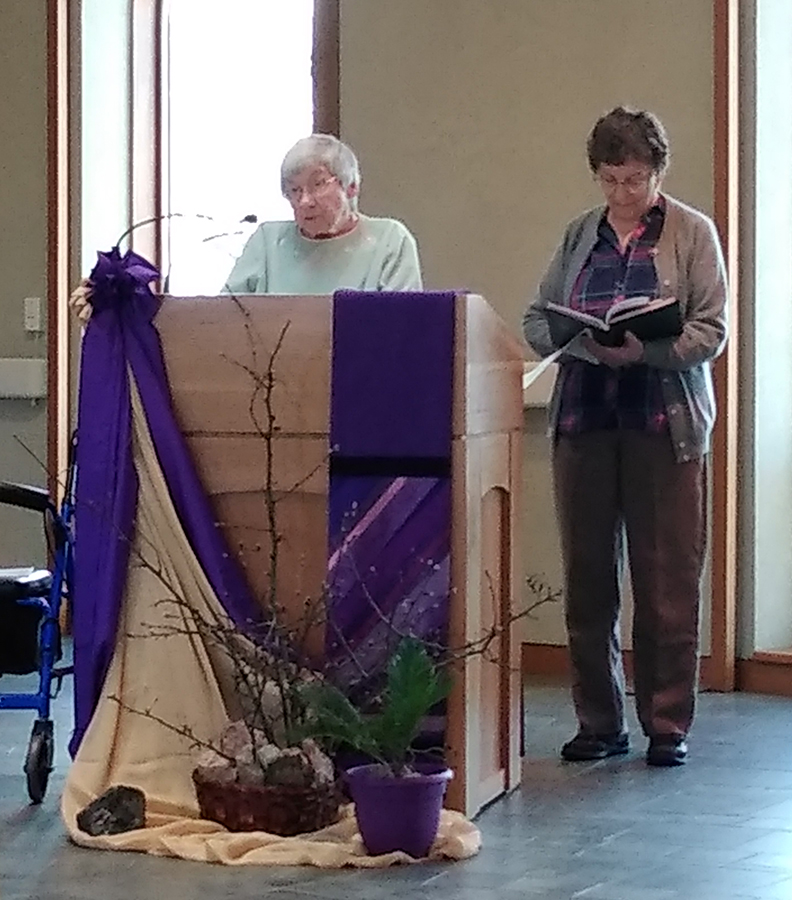 Prayer Service for Human Trafficking
Sister Margie Zureick led 30 sisters in a prayer service for human trafficking victims on the eve of the NCAA First Four basketball tournament in Dayton on March 18. Sisters Joan DeChristopher and Judy Niday also helped to facilitate the service at Salem Heights. The Sisters of the Precious Blood were joined in prayer solidarity with others in the community who attended an awareness and prayer service at Christ United Methodist Church in Kettering. Thanks to everyone for their prayers!

Dismantling Oppression Workshop
Sisters Jeanette Buehler, Mary Garke and Joan DeChristopher, and Colleen Kammer, participated in the workshop, “Engaging to Interrupt or Dismantle Oppression,” on Saturday, March 30. Held at Corpus Christi parish in Dayton, 25 people came together to discuss their experience of racism and privilege and how to break the cycle of oppression in their family and in local and global communities. Hosted by the Weavers of Justice antiracism committee.