Following a two-year novitiate, Sister Mi-Kyoung Teresa Hwang professed her first vows as a Sister of the Precious Blood on June 26. The rite, and the reception that followed, were made even more joyful as the Congregation’s first large event since the onset of the coronavirus pandemic.

“I thank all of you who accompanied me in my journey towards God, the Trinity,” Sister Mi-Kyoung wrote in the rite’s program. “You helped me to grow more in God the Father/the Mother, and to be formed and be transformed in following the footsteps of Jesus Christ.”

Father Steve dos Santos, CPPS, presided at the liturgy. As part of a reflection during Mass, Sister Joyce Lehman, past president of the Congregation, said that at Sister Mi-Kyoung’s entrance ceremony into the novitiate two years ago, she was asked what she desired. At that time, Sister Mi-Kyoung said she wanted to “put on the habit of religious life and the habit of the Sisters of the Precious Blood.”

“Obviously, she was not speaking of clothing,” Sister Joyce said. “Rather she was speaking of a way of life so ingrained in her spirit that she lived it each day, each minute of each day, both consciously and unconsciously. She has spent the past two years learning how to do just that and has discerned that she is ready to take the next step.

“The habit of religious life can be summed up in the vows of obedience, chastity and poverty, lived in community. The habit of the Sisters of the Precious Blood is the living out of those vows in community in a way that, individually and collectively, we are so inspired by the total and complete self-donation of Jesus manifested in his blood ‘poured out on the cross and offered daily on the altar,’ that we are urged to proclaim God’s love by being a life-giving, reconciling presence. … Today we welcome our Sister to participate with us in that great mystery of Love, a love modeled by Jesus who completely poured out, expended, squandered his life for us, and a love that the Holy Spirit urges us to make incarnate again.”

Originally from South Korea, Sister Mi-Kyoung came to the U.S. in 2013 to earn a Doctor of Ministry in Spirituality degree at Catholic Theological Union in Chicago. Prior to entering the program at CTU, she worked in Seoul as executive director of Korean Catholic Women’s Community for the New World.

She became acquainted with the Sisters of the Precious Blood after searching Vision Vocation Network — a publication of the National Religious Vocation Conference — for congregations where she could serve in reconciliation ministry.

Korean culture was included during the Mass of Profession, with Min-Suk Sarah Chun — a friend of Sister Mi-Kyoung’s from the Korean Catholic community in Dayton — reading from 1 Samuel in Korean. In addition, Korean music was part of the liturgy, and among the presentation of gifts was a pair of wooden love birds, a symbol of love in traditional Korean weddings. 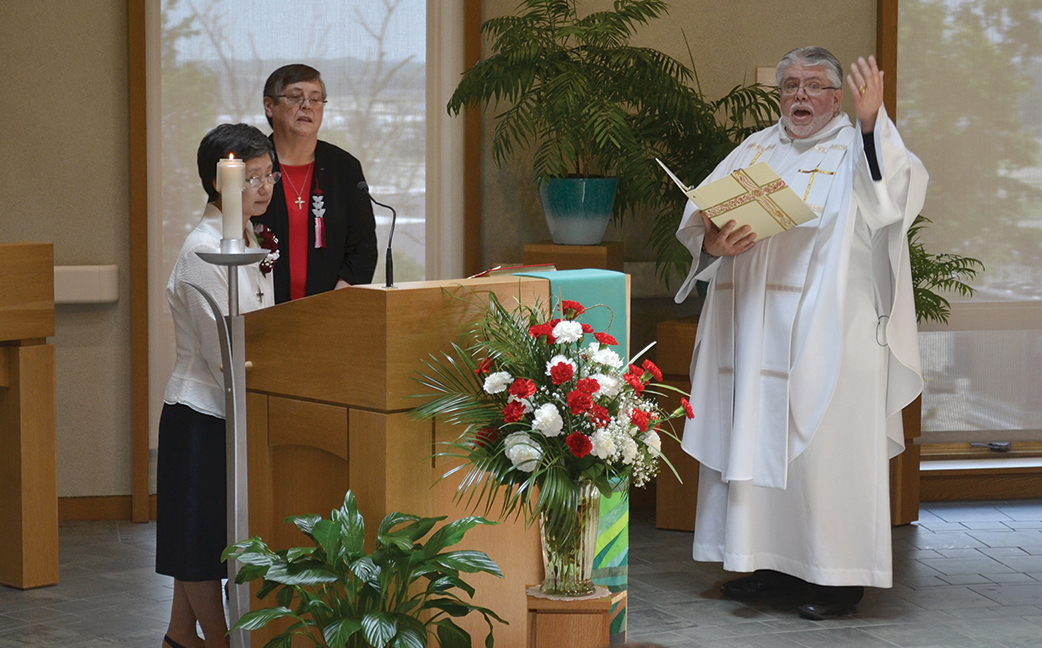 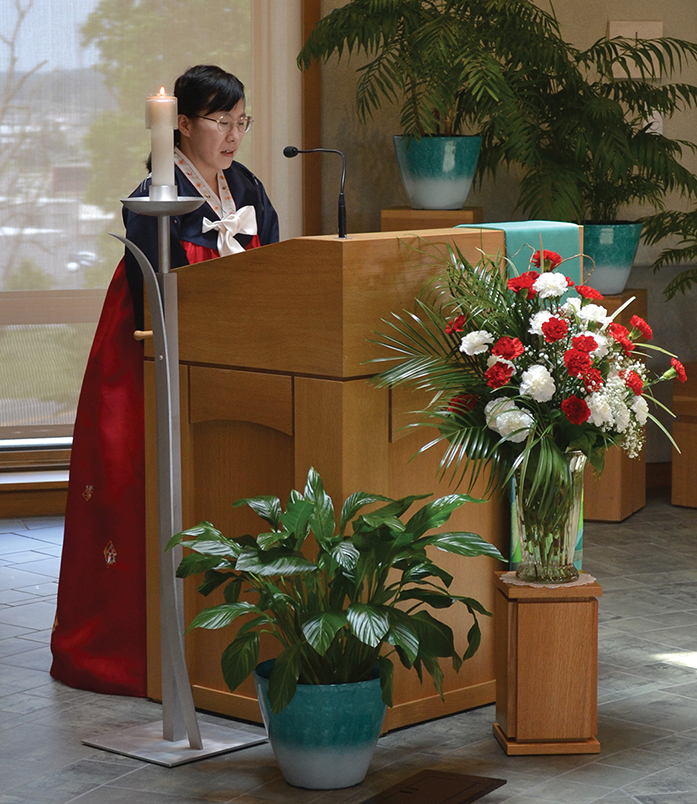