The Sisters of the Precious Blood have a deep connection to their roots, both spiritually and physically. They have been visiting significant sites in their history for decades, including: Mother Maria Anna Brunner’s birthplace (in 1764) in Reckenkien, near Muemliswil, Switzerland; sites in Rome where the Congregation of the Precious Blood was founded by St. Gaspar del Bufalo (1815) and where Mother Brunner visited on a pilgrimage and deepened her devotion to the Precious Blood (1832-1833); the ruins of the Castle Loewenberg where the Congregation was founded in 1834; the Benedictine Monastery at Mariastein which is the namesake for Maria Stein, Ohio, the location of the Sisters’ original motherhouse; the Precious Blood Convent in Schellenberg, Liechtenstein; and Mother Brunner’s original burial place in Sagens, Switzerland. The following are two stories of pilgrimages taken by Sisters of the Precious Blood to their roots in 1990 and 2010.

In the summer of 1989, Sister Anna Maria Sanders was the Administrator at the Maria Stein Center. “Sometime in early summer of 1989 I received a communication that a tour group from Mariastein, Switzerland, would like to visit Maria Stein, Ohio. The group included the Abbot and Guestmaster of Mariastein Benedictine Abbey and about 30 other people from the surrounding area,” she said. Sister Anna Maria and several other Sisters hosted the group for several days in October 1989. The tour group continuously invited the CPPS Sisters to return the visit to Mariastein, Switzerland, so Sister Anna Maria put out a call for anyone interested to make the trip. These beginnings led to six Sisters — Martha Bertke, Rose Margaret Broerman, Frances Kleman, Anna Maria Sanders, Canice Werner and Joyce Ann Zimmerman — making a pilgrimage to Switzerland in October 1990. The priest opened the welcome Mass for the Sisters by saying, “You have come to the source from which your foundation in America got its name, Maria Stein. … At this holy Mass we thank [our Mother Mary] … for her blessing for yourself and for Maria Stein in Ohio.” During their 10-day trip, the Sisters visited various locations with importance to the Congregation’s history, as well as Austria and Germany. Sister Joyce Ann Zimmerman wrote of the trip, “The reception by the [Benedictine] monks at Mariastein was fantastic and it renewed my interest to explore the relationship between Benedictine spirituality and our own.” After returning to the United States, Sister Martha Bertke wrote, “I drove back to Sandusky, Ohio, filled with gratitude for a wonderful experience.”

In 2010, Sister Jean René Hoying made a trip to Switzerland as a Golden Jubilee gift from friends in Denver, Colorado. Over six days, she visited Germany, France and Switzerland with several friends and her sister, Rita. Sister Jean René recounts her favorite experience on the trip: “Part of one day was spent visiting Maria Anna Brunner’s roots. Of course, this was the highlight of my entire trip. I will always cherish the memories that linger while visiting where Maria Anna Brunner lived, prayed and ministered to everyone she met. … I felt like I was walking on ‘Holy Ground.’ ”

Top, Sisters Frances Kleman, Anna Maria Sanders, Rose Margaret Broerman, Martha Bertke, Canice Werner and Joyce Ann Zimmerman with group on trip; second, welcoming Sister Anna Maria and the group; third, left to right, Sisters Canice, Rose Margaret, Joyce Ann, Martha, Anna Maria and Frances with Abbot after Mass on Sunday; fourth, inside St. Mary’s Church in Sagens. Mother Brunner was buried here at the front of the center aisle before the Communion railing; photos provided by Sister Martha Bertke. Fifth, Nancy Frank and Sister Jean René Hoying appreciating an imprint of one of the Stations of the Cross on the side of the Castle Loewenberg; bottom, Sister Jean René searching for the ruins of the Castle Loewenberg; photos provided by Sister Jean René Hoying 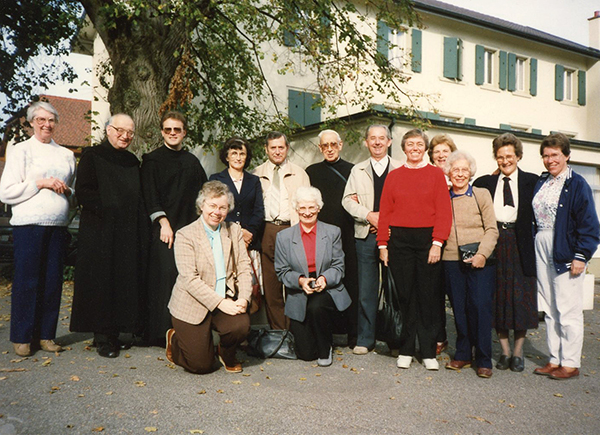 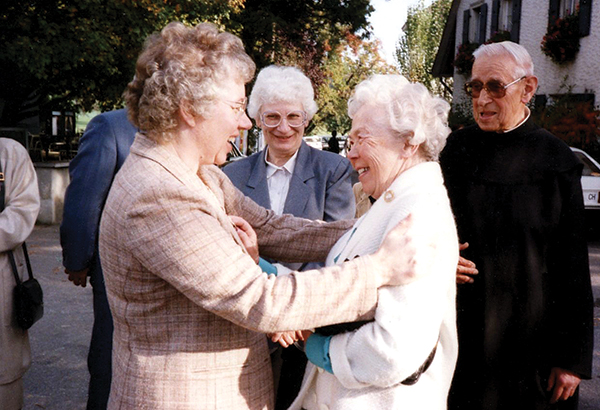 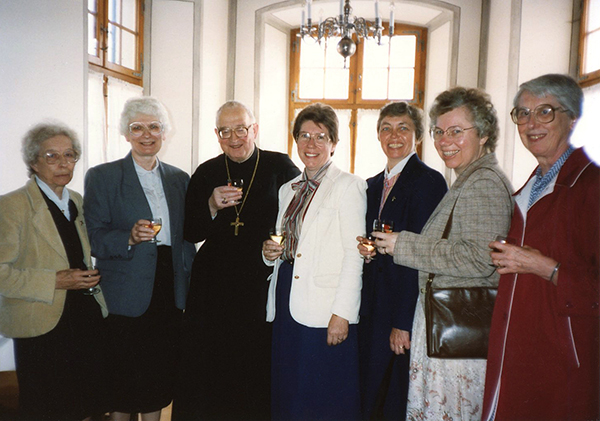 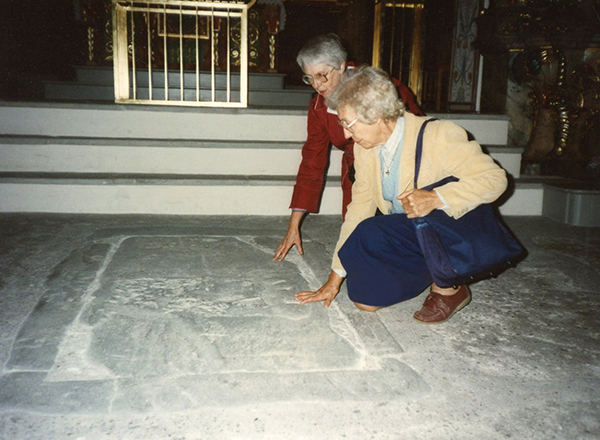 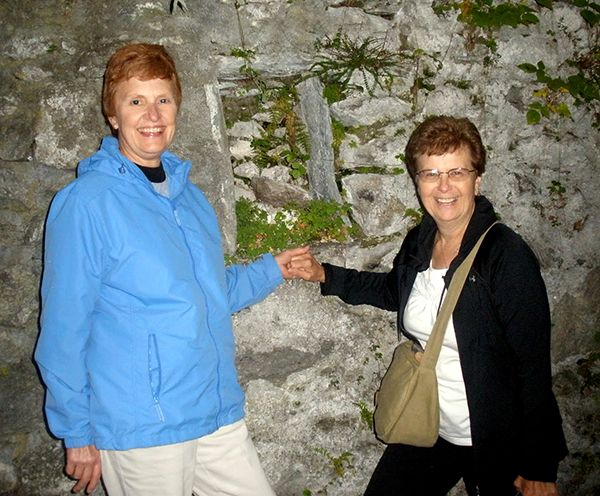 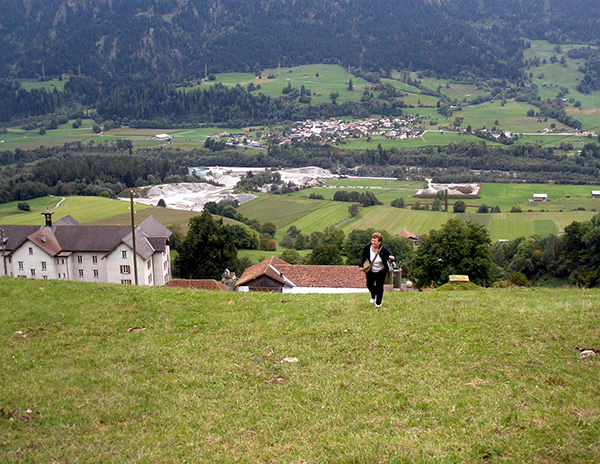