In early June, Sister LaKesha Church had the opportunity to travel to California. Sister LaKesha is currently enrolled in a graduate program in early childhood education at Mount St. Joseph University. She shared some highlights from her trip:

While there I spent several days at a center helping our asylum-seeking sisters and brothers achieve their final destinations. I helped by serving the arrival meal, showing them where the shower was, and connecting their phones to the Wi-Fi. I also had the opportunity to visit with our Sisters in mission in California and shared in community with them. A visit to California is never complete without visiting San Luis Rey, taking in our CPPS history, and visiting our dear Sister Hildebertha. I’m grateful for the hospitality of our Sisters in Redlands and the Community for this experience.

Located in Oceanside, California, the Mission San Luis Rey de Francia was founded in 1798 and has played a role in many aspects of local history over the past 223 years. The Sisters of the Precious Blood, under the leadership of Mother Emma Nunlist and Sister Electa Fleck, founded a private school there in 1913. At various points in its history, it was known as The Old Mission School, the San Luis Rey Boarding School, the Academy of the Little Flower and San Luis Rey Academy, until its closing in 1977.

To this day, Precious Blood Sister Hildebertha Gutman holds a special place in her fellow Sisters’ hearts, as they remember the young Sister who journeyed from Ohio to California but, unfortunately, died before she was able to make her final vows. She is the only Precious Blood Sister buried at the mission.

Born Eulalia Gutman in 1900 in Sidney, Ohio, Sister Hildebertha first entered the Congregation in 1915. Ill health delayed her formation process, and she was sent to Rome City, Indiana, where the Sisters ran a sanatarium, a “sanitary resort for infirm Sisters” as well as laypeople.

Sister Hildebertha re-entered the Community at the Maria Stein Convent in Maria Stein, Ohio, in 1917 and was received as a novice the following year. She made her first profession of vows at Maria Stein in 1920 and was sent to California because it was thought that the warmer weather would help her recover from tuberculosis. But it was not to be. She died Aug. 27, 1921.

Although she is the only one of the Community buried at San Luis Rey, young Sister Hildebertha has never been forgotten. Sisters traveling to the area often stop to visit her gravesite and offer their prayers and for some time, a local couple took it upon themselves to stop and visit Sister Hildebertha every Monday.

Brother Rufino Zaragoza, OFM, lives in residence at the mission and serves as a liturgical music consultant on the West Coast. Having arrived at the mission in July 2020, in the midst of the COVID lockdown in California, he was unable to go out much or undertake much active ministry.

“I spent a lot of time walking the beautiful grounds here, including the cemetery. In meandering through the historic section of the cemetery, I noticed the grave of Sister Hildebertha and wondered why she was buried here, and not at her motherhouse. I wondered why she had passed away at such a young age,” he said.

Curious to know if Sister Hildebertha had fallen victim to another pandemic — the 1918 Spanish flu — he reached out to the Congregation’s archivist, Sarah Aisenbrey, who sent him information about the young Sister from Ohio.

“Knowing that she was so far from her own Sisters and community, I wanted to be sure she was remembered and honored on the 100th anniversary of her passing,” he said. In collaboration with Gwyn Grimes, executive director of the mission, Brother Rufino arranged the event.

Three Precious Blood Sisters represented the Congregation at the Aug. 27 service and expressed appreciation to Brother Rufino and Mission San Luis Rey for remembering the Congregation and Sister Hildebertha. Sisters Mi-Kyoung Hwang, Terry Maher and Mary Yarger attended the prayer service and enjoyed lunch at the mission. They also visited the retreat center and the previous school, and spent some time with Brother Rufino, as well as Father Michael Dallmeier, OFM, and Father Peter Kirwin, OFM, two Franciscan friars who served and ministered with Precious Blood Sisters. 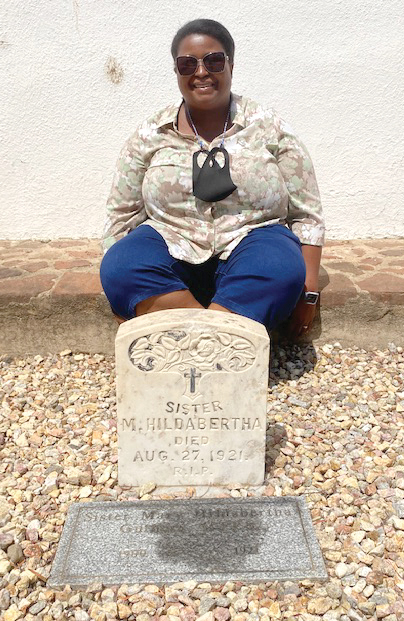 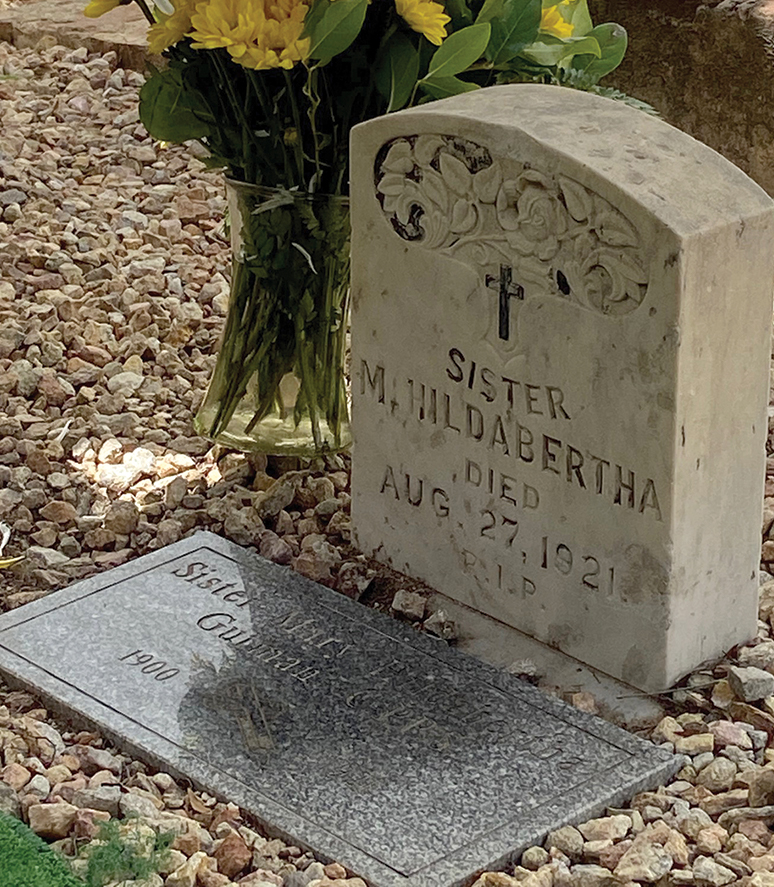 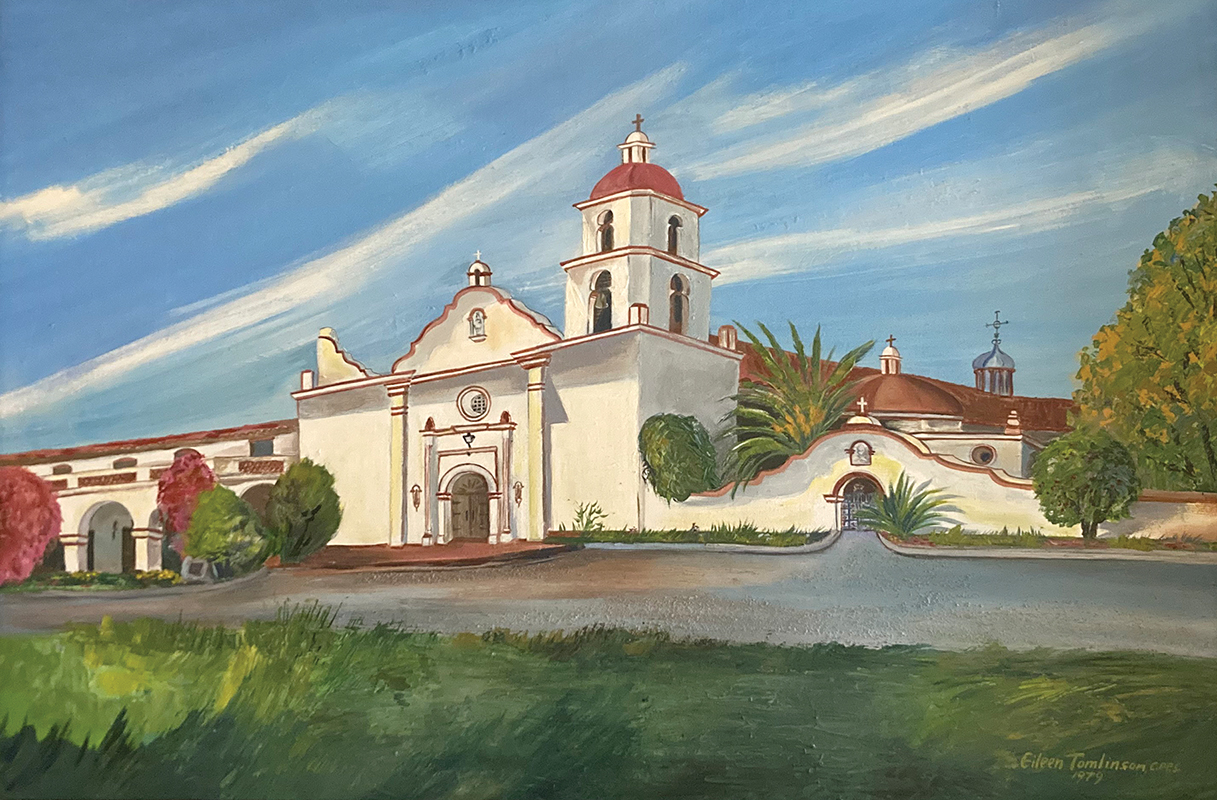 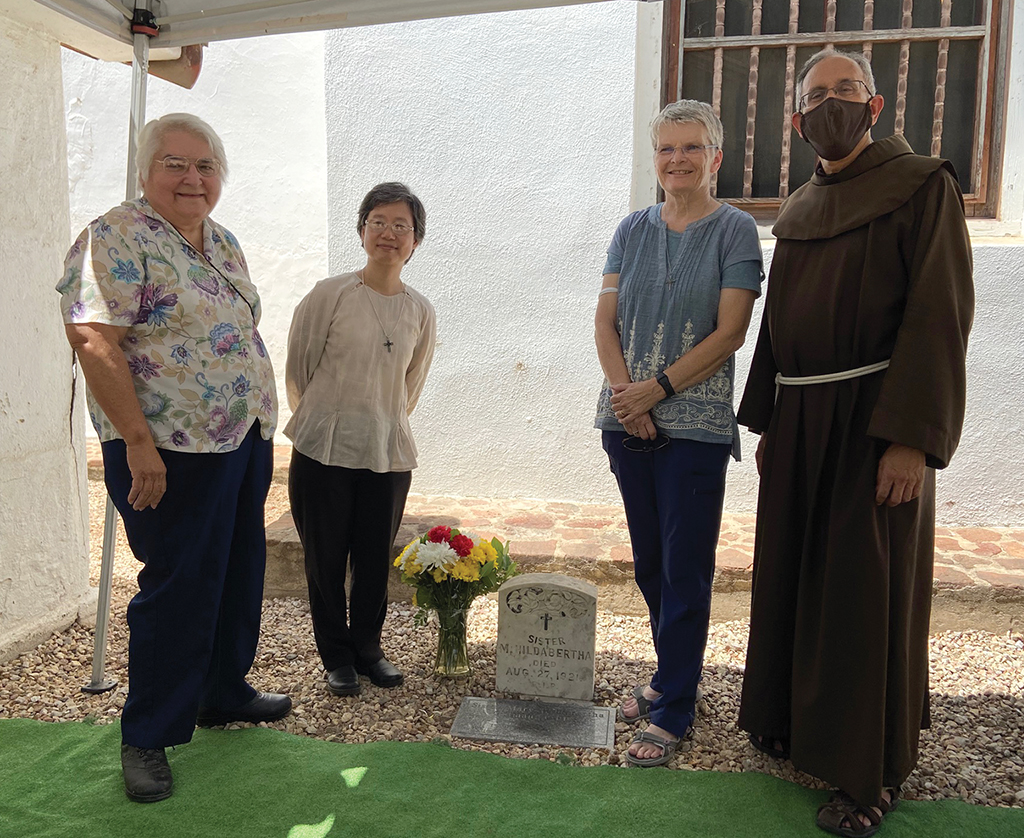 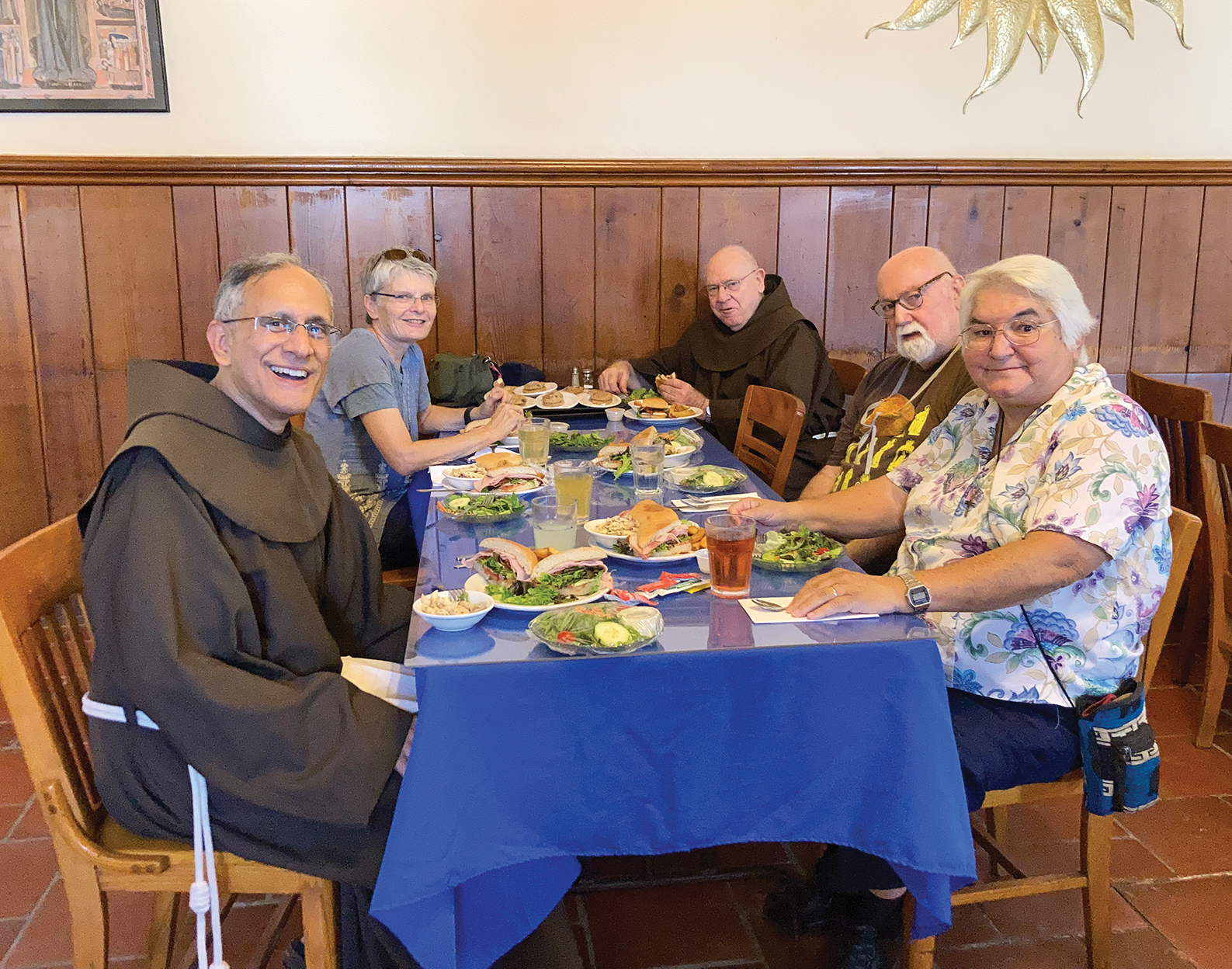