We remember them all 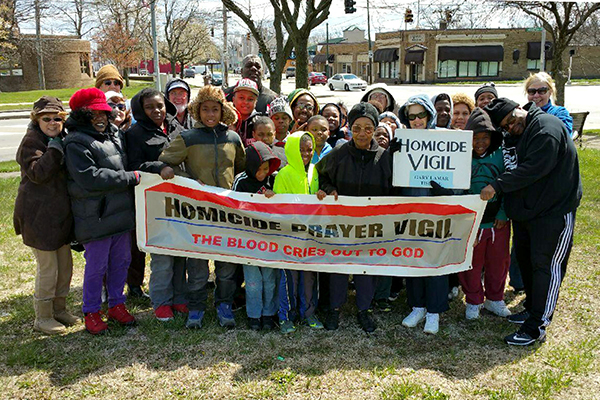 Do you recall hearing these names: Luana Sneed, 19; Michael Hefner, 41; Donna Ruth Dunn, 45; Javon Jones, 24; Craig Cortner III, 29? Four of these people were victims of shootings this summer in Dayton; one, in Trotwood. Vigils were held for them at the site of their homicides by members of the Community Homicide Prayer Vigil group.

Technically, none of these people died in a mass shooting, if a mass shooting is defined as four or more victims killed at the same time and place. But since March 2006, the Community Homicide Prayer Vigil group has organized 527 homicide vigils in Dayton, Trotwood, and Harrison and Jefferson townships. When looked at as an accumulation, isn’t that number “massive”? Doesn’t it, too, qualify as a mass shooting, one victim at a time?

The Aug. 4 mass shooting in the Oregon District took the lives of 10 people including the perpetrator. Their personal stories and the pain suffered by their families, friends, co-workers — and even by we who did not know them — linger like a shadow over our city and over our country. Their lives are precious. They mattered. Their families matter, and we grieve with them.

And what of the five victims mentioned above, whose lives were lost from July 6 to August 3 this year? What, if any, thought did we give to them, assuming we even heard or read about their deaths? Because most of these shootings occurred on the west side or in Trotwood, did that make them seem less important or less newsworthy? Did we stop to consider that their lives were precious to those who knew them? That they will be missed and mourned?

The Sisters of the Precious Blood began holding homicide vigils in 1993 and prayed at 131 sites until May 1997. In 2006, the Sisters and the Missionaries of the Precious Blood brought together an ecumenical group that resumed the work of this ministry. We meet on Saturdays at noon at sites where homicides have occurred — on the streets, on curbsides, in front yards, in parking lots, in abandoned lots or alleyways. Last year, we bore witness to 45 lives taken by violence.

When we members of the Community Homicide Prayer Vigil group hold a vigil, family members are sometimes present with us. We hear their remembrances of the victims. We are made aware that the final moments of the victims’ lives do not define who they were to their loved ones. Rather, what will be remembered and mourned are their smiles; the care they showed to family and friends; their struggles to make changes in their lives. Judgments we may be tempted to make are offset by the knowledge that the deceased portrayed in the news does not tell the whole story of the person, the child of God, who was cherished by family and friends.

Like so many others in our community, I attended vigils for the Oregon District victims. It is right that we did so and that we continue to remember them and their loved ones. At the same time, I thought of the 527 victims we honored over the past 13 years. I couldn’t help but wonder what difference it would make if 25 or 50 or more people attended vigils for each homicide victim. What would that support mean to their families and friends to know that the community cared enough to stand with them? And how might our hearts be changed by our caring presence?