The Sisters of the Precious Blood presented the donation to Catch the Building Spirit and Habitat for Humanity in a small ceremony at the house site on Oct. 7. The Sisters were represented by Sister Edna Hess, president; Sister Ann Clark and Sister Marla Gipson, councilors; Sister Paula Gero; Sister Madonna Ratermann; and staff member Phil Hartke. 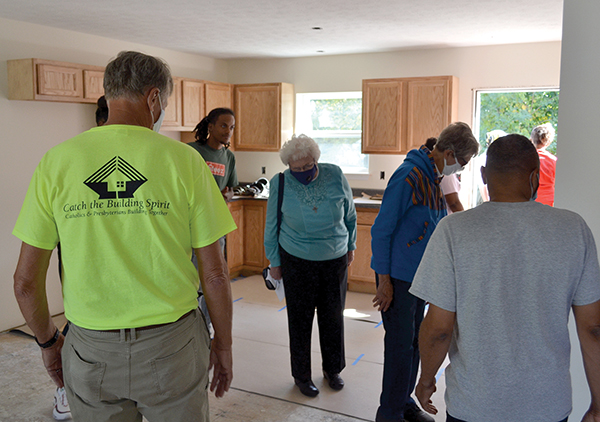 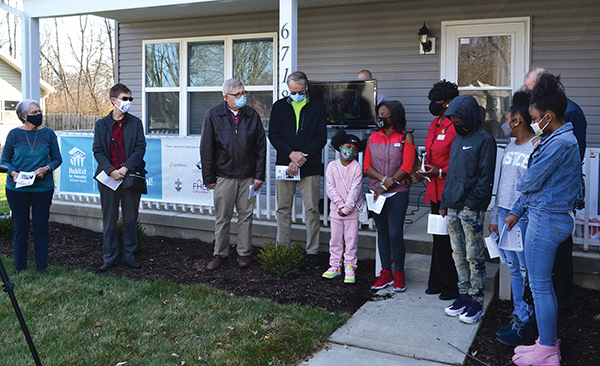