Shangilieni nami — Rejoice With Me!

In a joyful ceremony full of color, music, light and love, Sister Mumbi Kigutha professed final vows on April 23 in the Salem Heights chapel at our central house in Dayton.

Several of Sister Mumbi’s family and friends attended the ceremony and celebrations, as did Sisters from across the U.S. and Guatemala. Readings and songs were conducted in Kikuyu and Swahili as well as English, and a choir in Kenya was able to participate in the liturgy virtually.

Sister Mumbi grew up in Njoro, a small town in Kenya, where her mother was a professor at Egerton University and her father worked as a doctor. She professed first vows with the Sisters of the Precious Blood in 2018 and serves as a reconciliation consultant for organizations such as Jesuit Refugee Services. 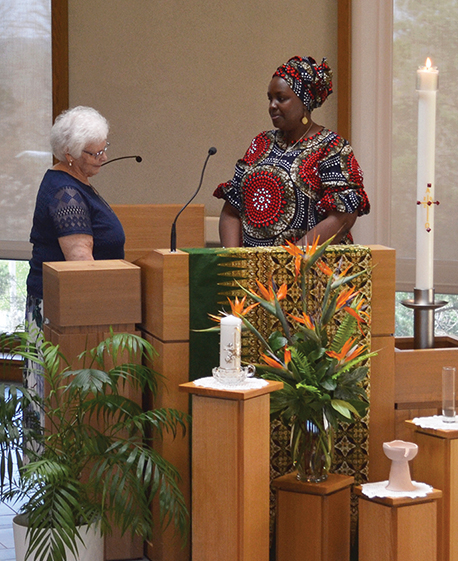 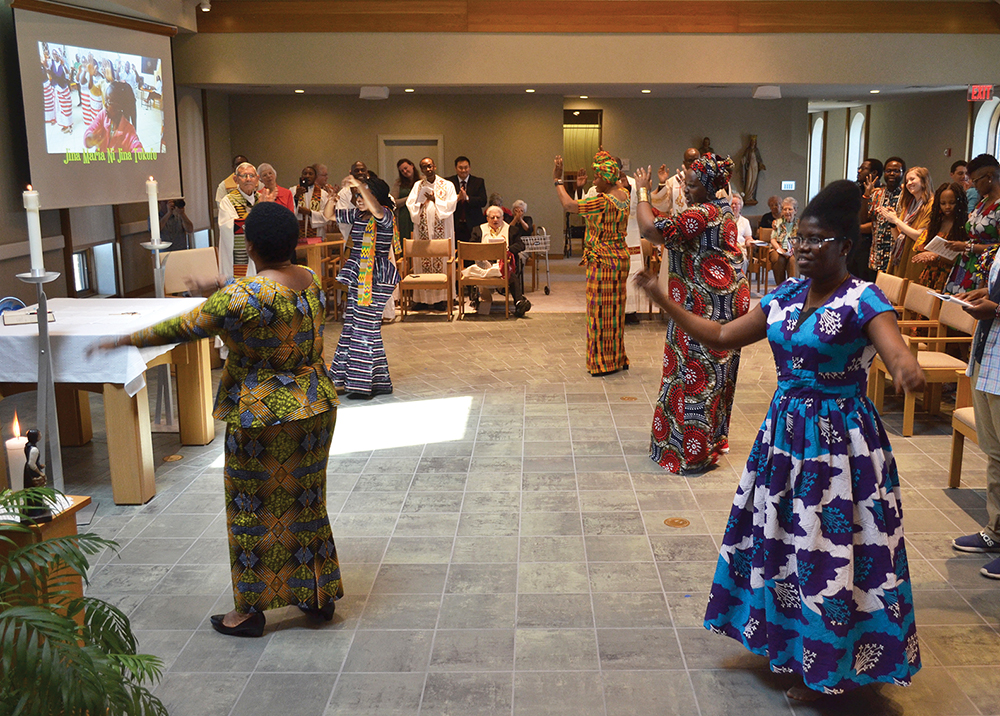 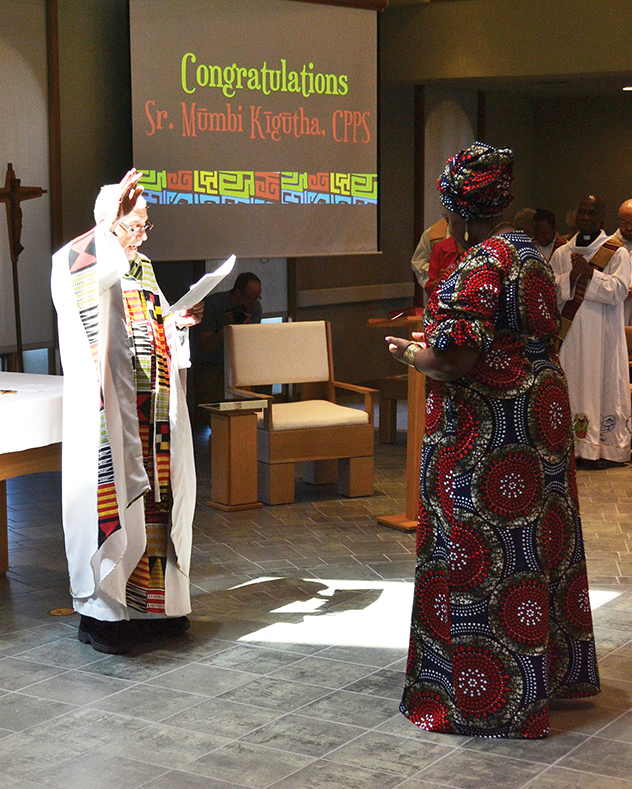