Sister Ruth Ann Meyer (M. Giovanni) taught elementary, middle and high school-level math in Phoenix, as well as Cincinnati, Dayton and Norwood, Ohio. Beginning in 1976, she enjoyed a long career as professor and chairperson in the Department of Mathematics and Statistics at Western Michigan University in Kalamazoo. Following retirement in 2000, she remained active in a variety of volunteer roles, including writing a number of grants that provided funding for the Brunner Literacy Center when it was founded in 2010.

Sister Eva Roehrich (M. Lelia) has faithfully served wherever there was a need, including over two decades in culinary service at St. Gregory Seminary in Cincinnati; St. Thomas Seminary in Denver; Lourdes Hall, the Congregation’s former retirement center for Sisters in Dayton; and the Maria-Joseph Nursing and Rehabilitation Center in Dayton. She especially enjoyed creating special dinners and themed table settings for events and holidays. Sister Eva also ministered in a variety of roles in Falls Church, Virginia, and at Salem Heights, the Congregation’s central house in Dayton.

Sister Laura Will (M. Clarus) spent 44 years in education and educational administration, teaching elementary music classes in six different states, as well as 13 years in pastoral care. Throughout retirement, to the present day, she continues to serve as a liturgical music minister. While she served in ministry in a great variety of locations from California to Ohio, she spent 30 years ministering in the Archdiocese of Cincinnati, including six years at Holy Rosary School in St. Marys and 12 years at Immaculate Conception School in Celina.

Sister Martha Bertke taught in Catholic schools for 10 years in Dayton; Ft. Wayne, Indiana; and Ottawa, Ohio. She then served as a director of religious education for 21 years at parishes in Michigan and Ohio. She holds a certificate in pastoral ministry and served as pastoral associate for nine years. She was also manager of the apartments at St. Charles Center in Carthagena for 10 years. Now in retirement, she serves on several committees and boards of directors, and prays daily for her family, community and many others.

Sister Jane Francis Hoffman served as a Licensed Practical Nurse throughout her years of active ministry, working for more than a decade at the Maria-Joseph Nursing and Rehabilitation Center and in home health care in the Dayton area. For 27 years, she was a nurse at Briarwood Manor Nursing Home in Coldwater, Ohio, where she sometimes was asked to sing for the residents on special occasions. In 2017, Sister Jane Francis received an Outstanding Caregiver Award at St. Peter in Chains Cathedral in Cincinnati.

Sister Nadine Kaschalk served as an elementary teacher, principal and elementary consultant in Dayton, Norwood and Toledo, Ohio, and Detroit and Flint, Michigan. Her longest period of service was over a decade as teacher and principal at St. Pius X School in Toledo, beginning in 1980. In 2016, the school honored her with an annual scholarship in her name. Sister Nadine also served in leadership for the Congregation for eight years and for two years as coordinator of Sisters’ services at Salem Heights, the Congregation’s central house in Dayton.

Sister Anne Schulz (M. Jean Louise) served as a teacher and principal at schools in Dayton, Fairborn and Troy, and served as vocation director for the Congregation for four years. In 1997, Sister Anne became founding principal of Mother Teresa Catholic Elementary School in Liberty Township, Ohio, where she remained until her retirement in 2019. In 2018, the school was named a National Blue Ribbon School by the U.S. Department of Education — one of just 49 nonpublic schools to receive the honor nationwide.

Sister Pat Dieringer (M. Agnes Claire) served in business-related positions at the Retreat House and Shrine of the Holy Relics in Maria Stein; Regina High School in Norwood; and Salem Heights. She studied accounting at Wright State University and went on to serve for over 20 years at the Maria-Joseph Nursing and Rehabilitation Center, holding a number of positions and retiring as director of reimbursement and audits. She has volunteered with several organizations, including with the Maria Anna Brunner Fund, the Congregation’s former grant foundation, as executive secretary.

Sister Jean René Hoying served as an elementary teacher for over 30 years in Ft. Wayne, Indiana, and in Denver, Westminster, Littleton, and Lakewood, Colorado. She then moved from education to health care and served as a physical therapy assistant for 10 years in Colorado. In 2002, she moved to Dayton to serve as coordinator of Sisters’ services at Maria-Joseph Nursing and Rehabilitation Center, where she remained for 11 years. Sister Jean René continues to serve in a number of volunteer activities in the Dayton area.

Sister Mary Ellen Lampe (M. Genesius) taught in Vandalia, St. Marys and Miamisburg, Ohio, before going into library science. She served as a high school librarian in Flint, Michigan, and as library director at St. Mary’s College and SS. Cyril & Methodius Seminary in Michigan. She also worked in congregational offices and served as librarian at Chaminade Julienne Catholic High School in Dayton. In retirement, Sister Mary Ellen has given her time to Brunner Literacy Center and the Maria Stein Shrine, and serves as librarian at Salem Heights.

Sister Nancy Recker (M. Rachel) enjoyed a long career as a dietitian in Ohio and Indiana. From 1971 to 1986, she served as a dietitian and food service manager in Rome City, Indiana, and Canton, Coldwater, and Celina, Ohio. Beginning in 1986, she moved into management and served as director of dietary services in Maria Stein, Springfield, and Tiffin, Ohio. In 2005, she completed Clinical Pastoral Education training in Toledo and went on to serve as pastoral care minister to Sisters at the Maria-Joseph Nursing and Rehabilitation Center.

Sister Thelma Wurzelbacher (Thomas Mary) ministered as a junior high teacher of science and art, an associate professor at the Columbus College of Art & Design, and as faculty at Franklin University and Columbus State Community College. She taught public speaking, group communications and business writing, and taught and tutored adults in English as a second or foreign language. She trained undergraduate teachers during service with the Peace Corps. Sister Thelma currently ministers online with international students and immigrants learning English.

Sister Karen Elliott has ministered as a teacher, director of religious education, youth minister and athletic director. She has also served as a faculty presenter on Sacred Scripture in the Lay Ministry Formation Program and a homiletics assessor for the Permanent Diaconate Program in the Diocese of Toledo. She is the author of Women in Ministry and the Writings of Paul and for 12 years was chairperson and professor of religious studies at Mercy College of Ohio. Currently, Sister Karen is the director of mission integration at Mount St. Joseph University in Cincinnati.

Sister Terry Maher has ministered as director of religious education in California and Ohio, and as associate director of youth ministry for the Archdiocese of Cincinnati. She served in Ohio and California as a pastoral associate. Since 2008, she has served as a spiritual care manager in health care settings in California. Sister Terry is a board-certified chaplain with the National Association of Catholic Chaplains and currently serves as manager of the spiritual health department at Providence St. Mary Medical Center in Apple Valley, California. 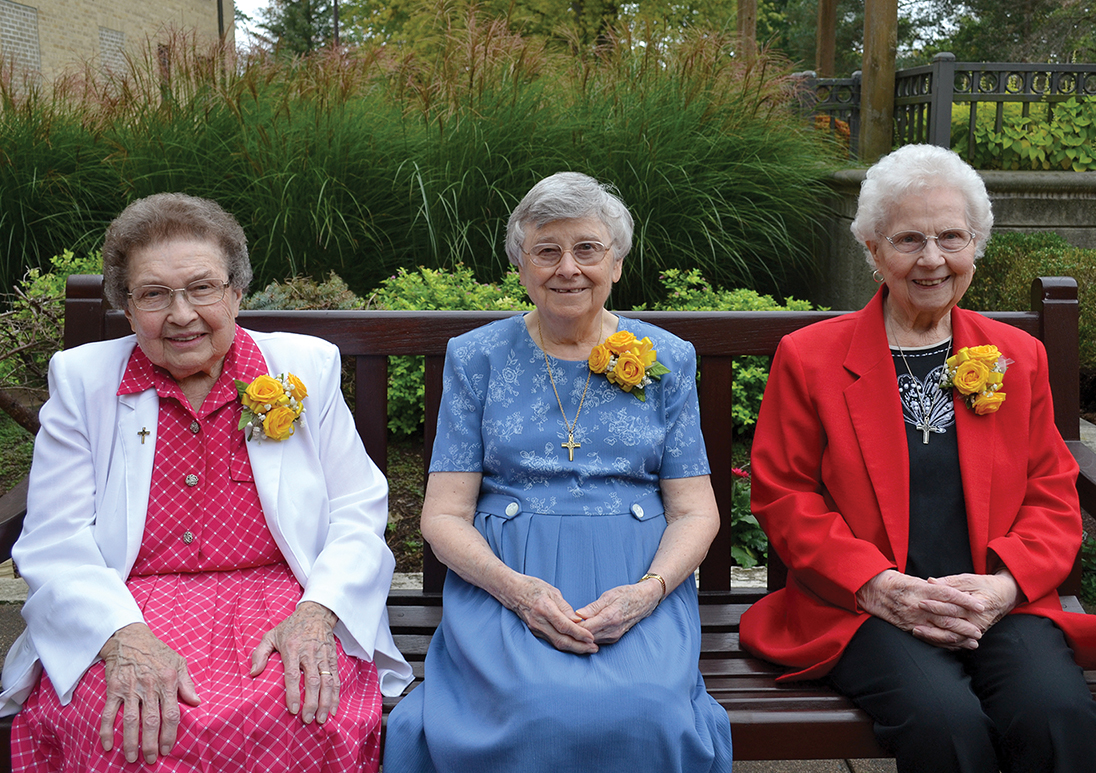 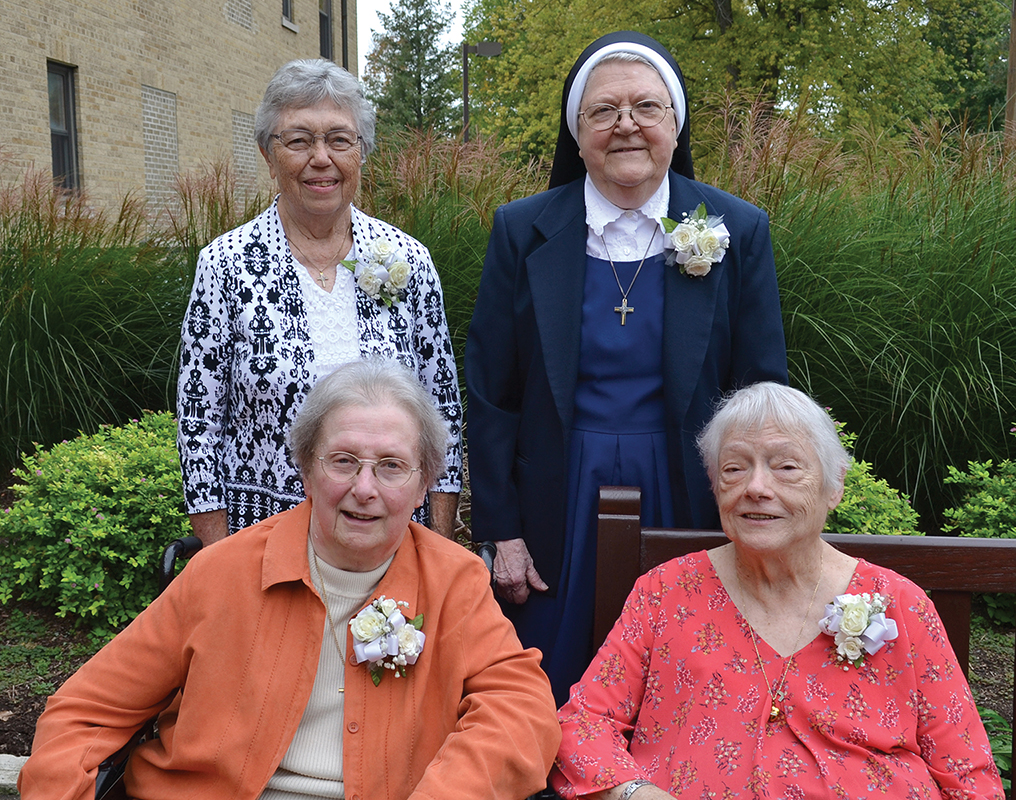 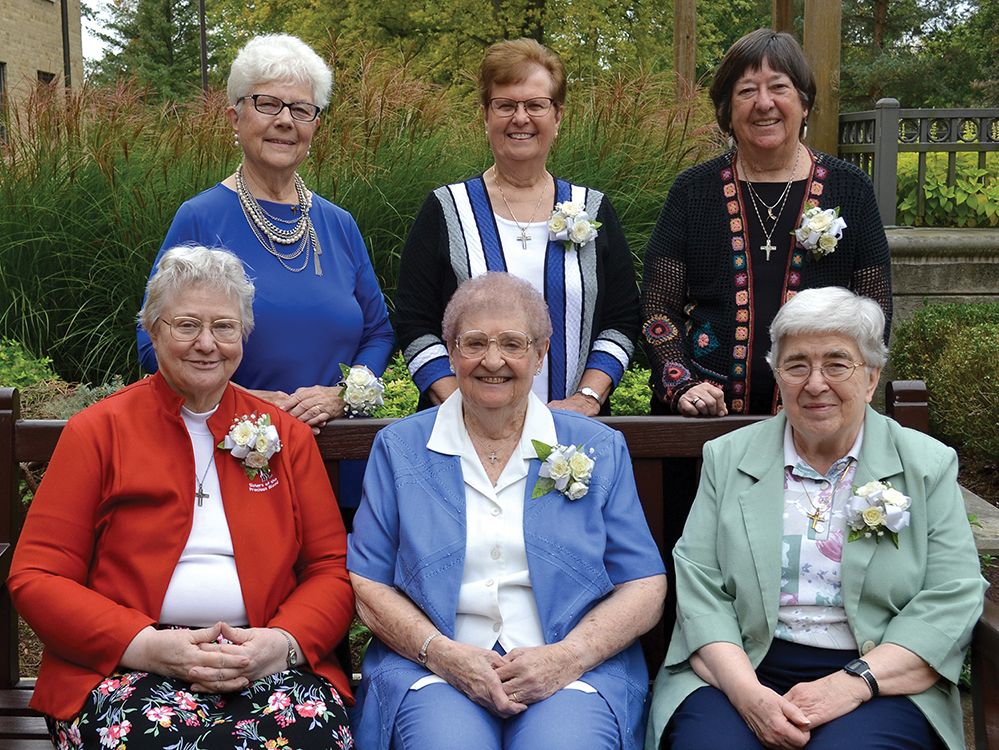 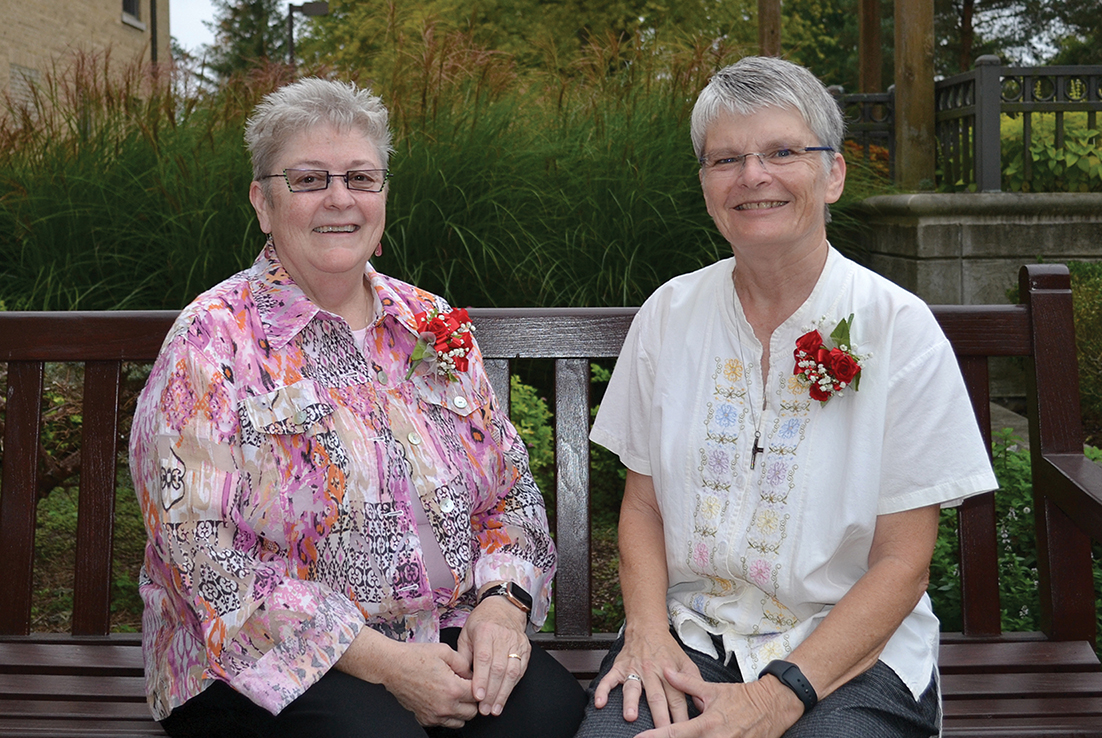