My favorite thing to eat as a child were my mother’s ginger cookies! Right out of the oven or later with ice cream and Daddy!
– Sister Donna Liette

Sunday special was fried chicken, mashed potatoes, gravy and a dessert. It was a treat to get a dessert once a week. [Our family] ate very simply with what we had on hand and that’s the way I continue today.
– Sister Judy Niday

I ate cafeteria food when I taught, or I ate prepared meals from the Maria Stein or Salem Heights kitchens. I also packed a lunch of a meat sandwich, fruit and pudding dessert on a number of jobs.
– Sister Nancy Kinross

A favorite mealtime was Sunday morning. After Mass we would have breakfast. My mom would have a half grapefruit on each of our plates with a cherry in the middle. She would turn on the radio and we would listen to the Hartz Mountain Canary Pet Show, which was birds singing over an orchestra playing. Our canary, Bingo, would be allowed to leave her cage when the music started. She would fly straight to the radio and sit atop it, singing along with all the birds on the radio. When the program was over Bingo would fly straight back to her cage and wait for the next Sunday. – Sister Mary Ann Mozser

Growing up on the small family farm (between New Riegel and Fostoria) meant that we were always able to enjoy good “home-grown” meals. We raised the animals for our meat (beef, pork, chicken) and planted and harvested many vegetables and fruits. What we didn’t need during the growing season was given away or canned and frozen for the colder months. Delicious! – Sister Rita Rogier

My grandmother was from Poland. She made delicious kruschicki. This was a delicious fried Polish Easter treat. She would put flour in a bowl and an egg or two already beat up and some whiskey and mix that all up and roll it out with a rolling pin like pie crust. It would be cut in strips about two inches wide and six to eight inches long. We cut slits down the middle and pulled one end of the dough through to make it twisted. Then it got deep fried in some kind of fat or oil. We drained it on paper towels and powdered it with powdered sugar. A delicious Easter tradition, especially when fresh. – Sister Marie Kopin

I was living in Phoenix back in the ’50s. At St. Mary’s we numbered 38 Sisters teaching both in the grade and in the high school. The day was Good Friday and there being no school, I offered my help in the kitchen to Sister Mark, our cook. Getting things ready for Easter, she asked me to make the cookies in the big mixing pot. I carefully followed the recipe, trotting from kitchen to pantry and back several times. When all the ingredients had been stirred together, I started putting the cookie dough out on the pan. Sister Mark swiped her finger across the bowl and with a funny look said to me, “What did you put in these?” I had followed the recipe exactly except that in the pantry I had made a mistake. Sitting next to each other were two exact receptacles, one containing sugar, the other containing salt. Good Friday was a day of fasting, so I hadn’t swiped a sample. Four cups of salt in a bowlful of cookie dough did not make for good Easter dessert! – Sister Eleanor McNally 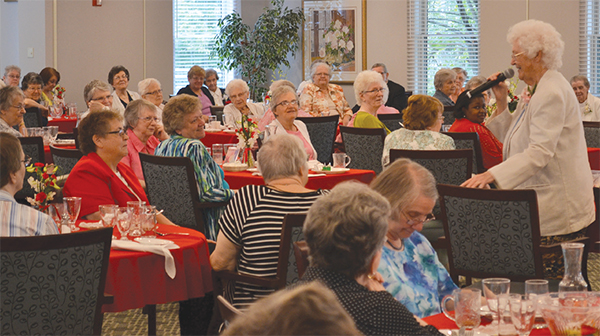 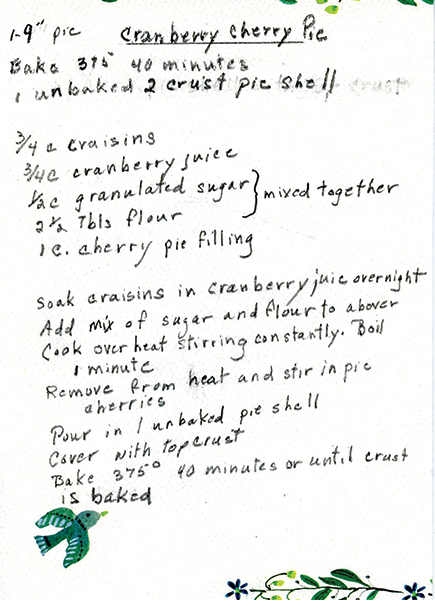