Since the founding of the Congregation, the Sisters of the Precious Blood provided for the needs of their convents to make them self-sustaining. One of these needs was bread for the Eucharist. In the 1850s, the early Sisters made altar bread by hand with extremely hot, heavy iron tools. By the late 1800s, a gas-powered oven made the process a bit easier. In the early 1900s at Maria Stein, Sisters began selling altar bread to surrounding parishes in handmade boxes. The process continued to become more automated through the decades. By 1953, the altar bread department had moved to Salem Heights in Dayton and the Sisters were making 100,000 small and 7,400 large hosts per week, which supplied half the parishes in the city as well as parishes in 11 other states. Due to the changing times and other factors, the Sisters discontinued the altar bread department after almost 150 years in 1992.

Story by Sarah Aisenbrey; photo from the CPPS Archives collection 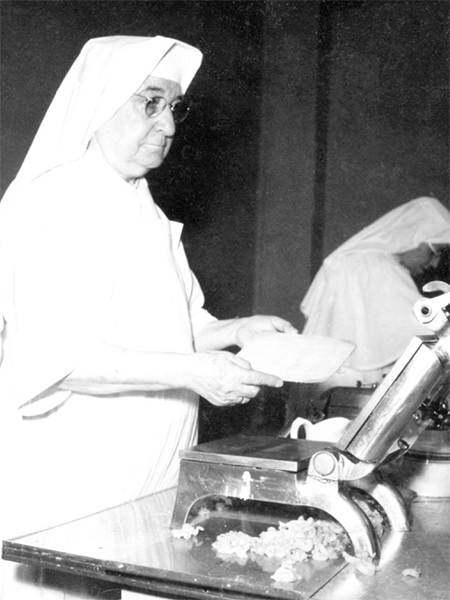