Mother Maria Anna Brunner, foundress of the Sisters of the Precious Blood, had six children. Her third son, Joseph John Baptist Brunner, married and had a family in Switzerland. His great-grandson, Matthias John Brunner, left Switzerland and brought his family to the United States in ca. 1881. Mark Brunner is a descendant of this line. 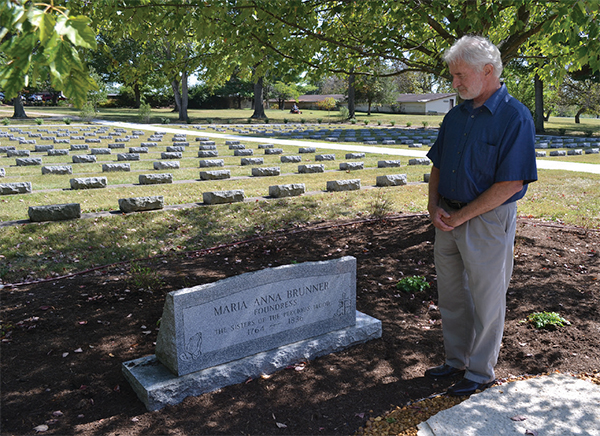 Mark Brunner at the gravesite of Mother Brunner in the Salem Heights cemetery. Michelle Bodine photo