Sister Teresa Maher advocates for ending the use of the death penalty in her home state of California. She has led an outreach to families of murder victims in the Diocese of San Bernardino since 2011.

The death penalty is an emotional issue. We can consider Church teaching, scripture, and intellectual arguments but there is a deep emotional response to violence. Our instinct is revenge. Our instinct is to kill the person who did the killing. Murder touches a place within us that cannot be named. A piece is torn out of us and the question becomes, how do we get that piece back? I do not think revenge returns that piece.

My brothers and sisters were together one evening when the topic of the death penalty was discussed. My order had given us the option to sign a statement declaring that if we were ever the victim of murder we did not want the perpetrator of the crime sentenced to death. I signed that statement. My siblings were uncomfortable with my decision. My brother Pat, a police officer, just looked at me and said, “We will see how that holds in court.” He was very much in favor of the death penalty.

A week later Pat was killed in the line of duty.

When a cop is killed, the death penalty is almost automatically considered. The district attorney asked my siblings and me to write letters to the judge expressing our support for a death sentence. I knew where my brother stood on the death penalty and I wanted to honor his desire, despite my personal convictions. I sat down to write a letter in favor of the death sentence but as I wrote I became overcome with anger. I was not being true to my beliefs or myself. I was acting in violation of everything I stood for as a person and as a Sister of the Precious Blood. The blood of Christ was going to be poured out in my name and I could not allow that.

I wrote to ask that my brother’s killer be spared.

In the end, a death sentence was not considered because of the circumstances of the case. But in 2012, I had the opportunity to advocate against the death penalty once more when Proposition 34 was to be considered by California voters. Proposition 34 would have replaced the state’s death penalty statue with life without parole. Despite its strong support from people of faith, it was ultimately defeated by a narrow vote.

About five years ago, I responded to the California Catholic bishops’ call for diocesan outreach to murder victim family members. I attended a training intended to help parish members communicate with families of murder victims. I found it helpful but there was no manual to take home and implement what we had learned. I got together with a team of people and we developed a training program in Spanish and English to teach church members how to be present to those who have lost loved ones to violence.

The training program begins with what we call the ripple effect. We discuss the grief of the victim’s family and we also consider the effects on the perpetrator’s family members. We then talk over the components of listening skills and the appropriate approach to persons in deep mourning. Participants have a chance to hear from a panel of murder victim family members and their experience with grief, faith, and support. It is beneficial for them to hear a variety of journeys in grief. Some people cannot find God in the midst of their chaos; others find comfort in their faith.

On the second day of the training, we seek to make participants aware of the consequences of the legal system on victim family members. The system is designed to serve justice, not bring peace to victims, and the grieving process is often stunted in the procedure. Participants get the opportunity to hear from the acting district attorney and victim advocates on a panel. Our hope is that they understand how the system tries to help the victims but often leaves them very much alone.

It is essential that the Church is present to victims of violence. Family members of those murdered have to re-imagine God, they have to find God in the midst of terrible chaos. The Church cannot abandon them. We must hold them in throes of grief and work towards spiritual healing. 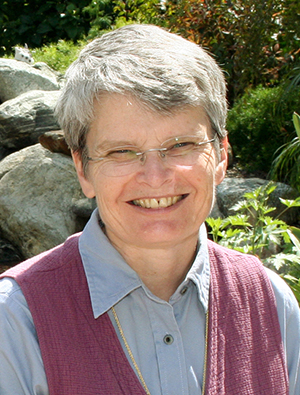