January 23 — Members of the Congregation attended the memorial for the Rev. Robert Schreiter, CPPS, at Catholic Theological Union in Chicago. Following Mass, Sister Mi-Kyoung Hwang delivered a lecture titled “A Spirituality of Reconciliation: Robert Schreiter, a Reconciling Presence in Integrity of Heart.” The lecture is available online here.

February 7 — The Congregation welcomed our new peace, justice and ecology coordinator, Jen Morin-Williamson. Jen previously served for 10 years as a campus minister at the University of Dayton and 12 years as a youth minister at St. Susanna Parish in Mason, Ohio.

February 28 — Sisters Judy Kroeger and Nancy Wolf retired from their positions as administrator and coordinator of Sisters at Salem Heights, the Congregation’s central house in Dayton. With heartfelt gratitude, the Congregation offers a prayer of thanksgiving for their years of caring ministry to their fellow Sisters, especially throughout the COVID pandemic. Thank you, Sister Judy and Sister Nancy!

February 28 — Sister Judy Niday was featured as “Resident of the Month” by Siena Village Senior Living. Sister Judy retired as chaplain from Siena Woods, just next door to Siena Village, where she has lived for several years.

March 5 — Sisters Maryann Bremke and Helen Weber were the first recipients of the Founders Award, presented by Brunner Literacy Center at its 10th anniversary celebration, held at Dayton Metro Library. Approximately 40 Sisters attended. Beginning in 2023, the Founders Award will be given to one outstanding tutor each year.

March 8-14 — In celebration of Catholic Sisters Week, Council visited some organizations in the Dayton area which we support — some of which were begun by our Sisters. Council, along with staff members Peg Birkemeyer, Jenna Legg and Jen Morin-Williamson, stopped by to deliver planters to Brigid’s Path, Brunner Literacy Center, Food for the Journey Project, Homefull, House of Bread, Miami Valley Meals and St. Mary Development Corporation.

April — Sister Jeanette Buehler and Peace, Justice and Ecology Coordinator Jen Morin-Williamson recently attended two conferences exploring regional solidarity and how to create a more just, equitable and inclusive city. “The Common Good in a Divided City: Racism, The Church, & The Challenge of Regional Solidarity” was held April 1-3 at the University of Dayton, and “Imagining Community Symposium: Shaping a More Equitable Dayton” was held April 7-8 at The Hub Powered by PNC Bank at the Dayton Arcade.

April 1 – May 14 — Artwork created by Rosie Monnin, a former member, was featured at the Dana L. Wiley Gallery in downtown Dayton. A short documentary film about Monnin’s life — including a visit to Salem Heights, our central house in Dayton — was included in the exhibit. Artwork by Sisters Alice Schoettelkotte and Katie Lett was included in a silent auction to benefit the Alzheimer’s Association Miami Valley Chapter. 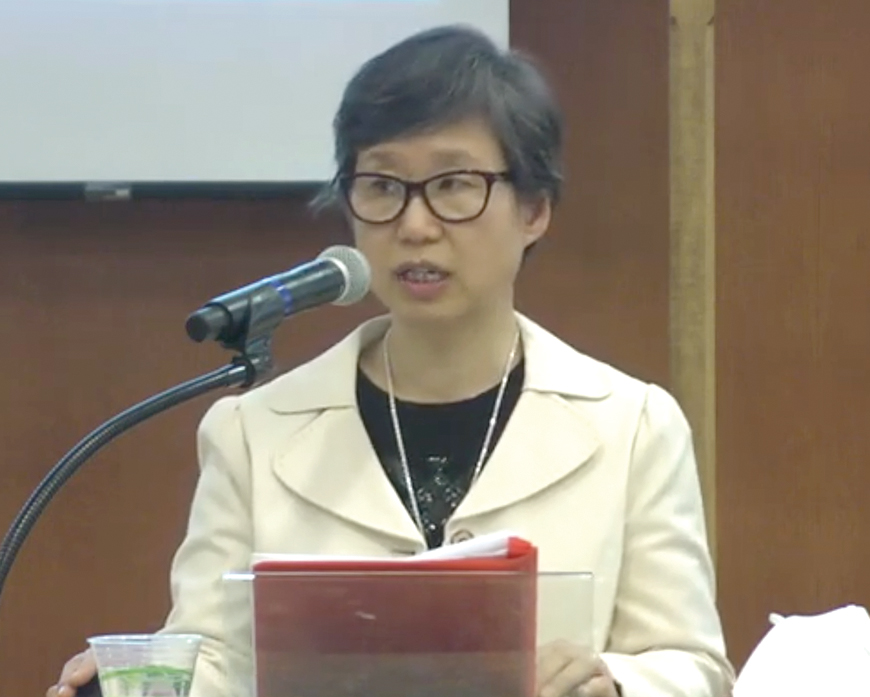 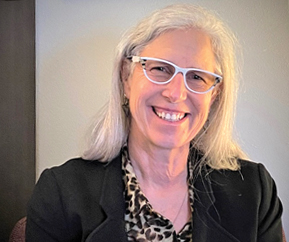 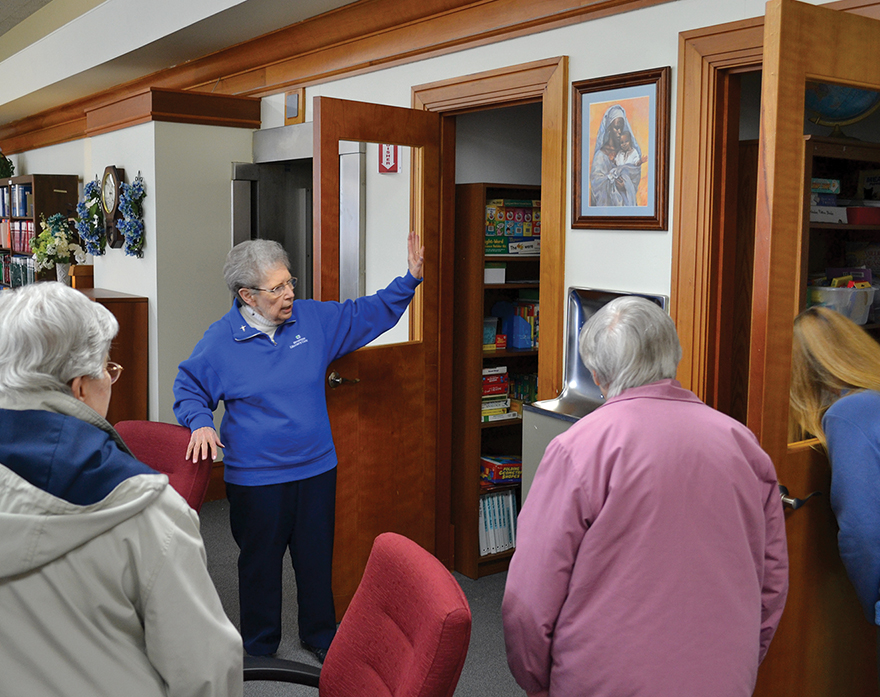 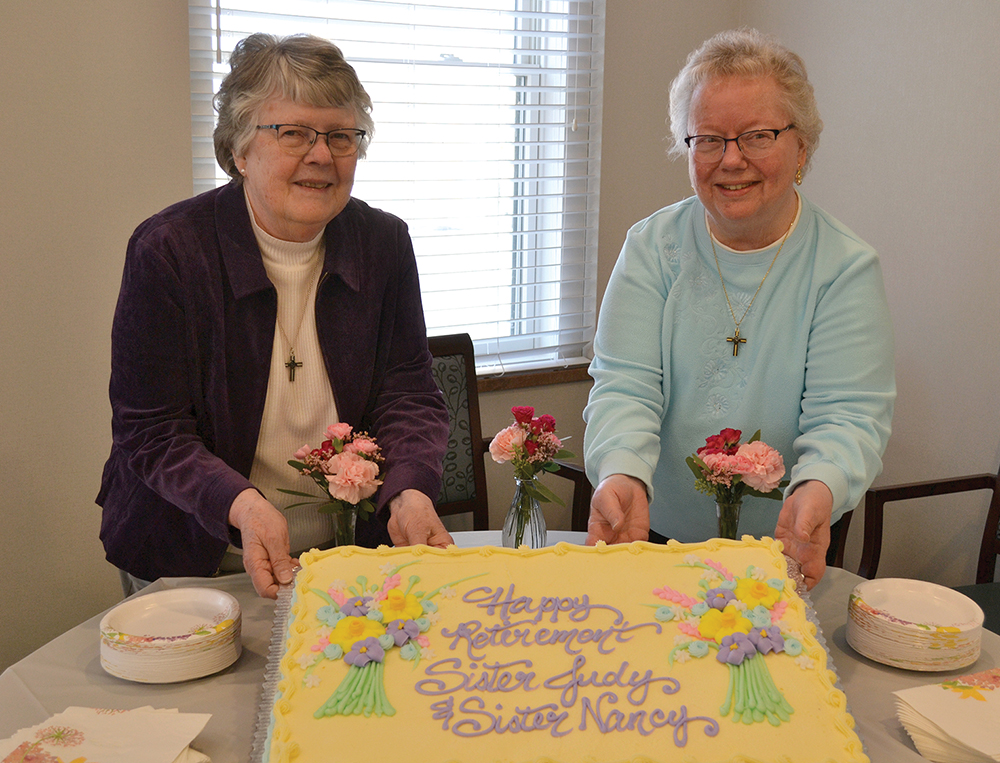 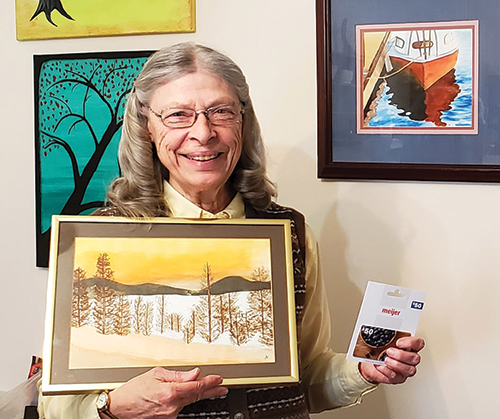 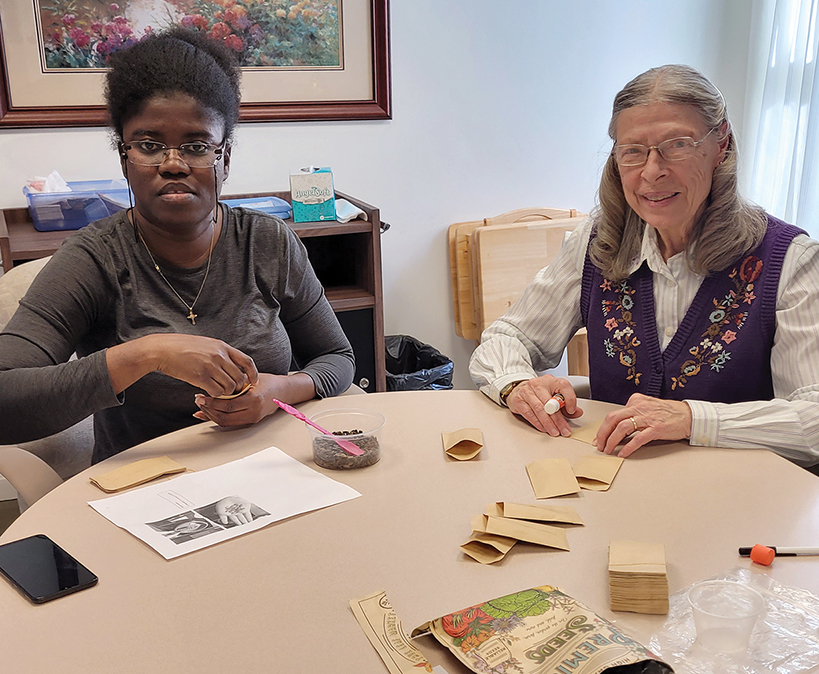 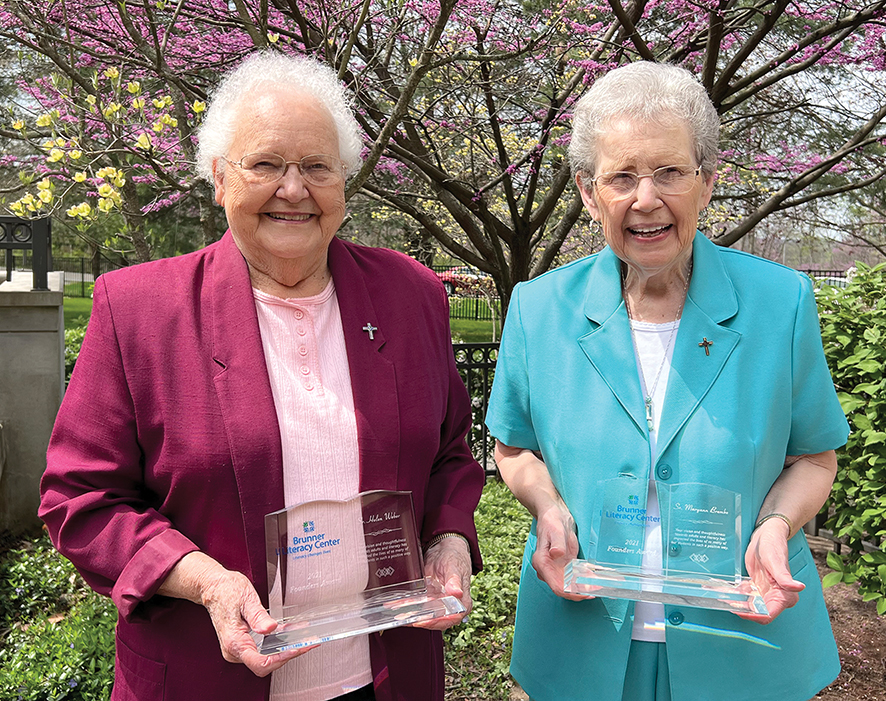 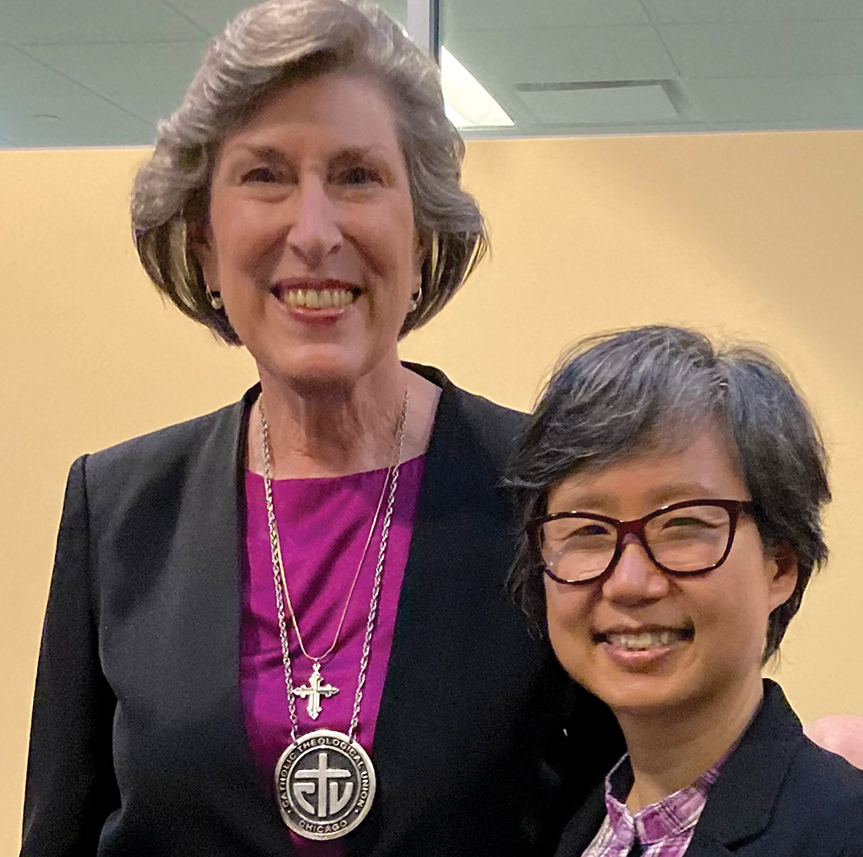 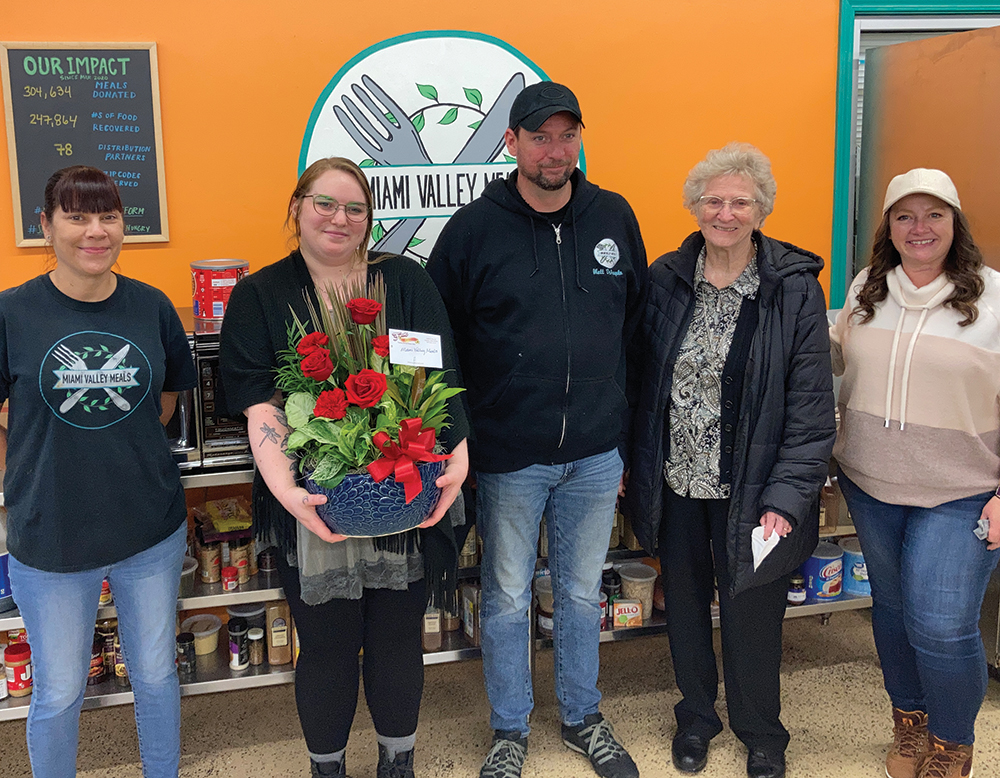 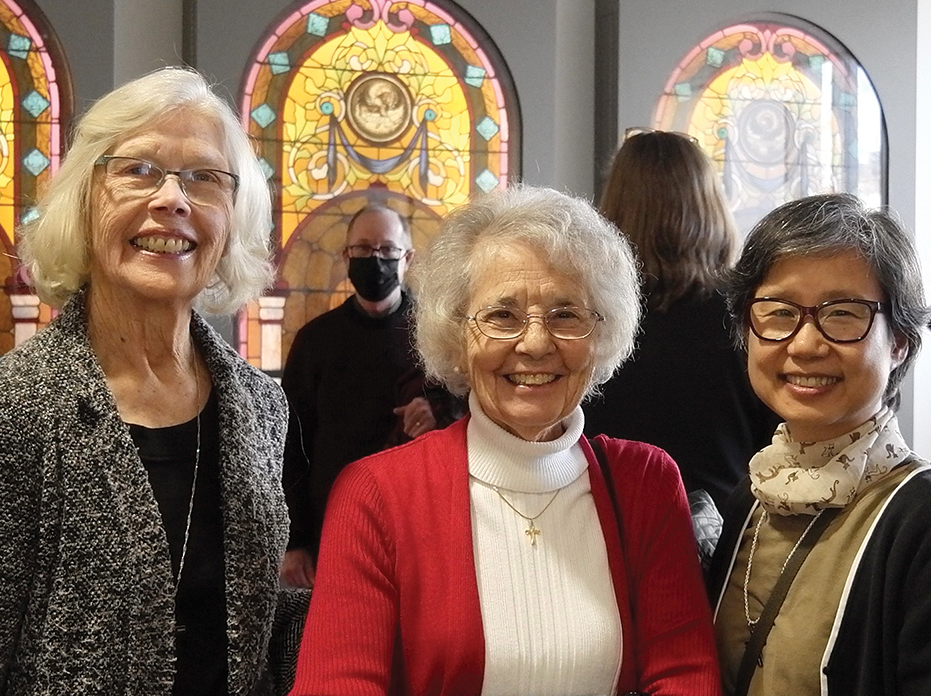 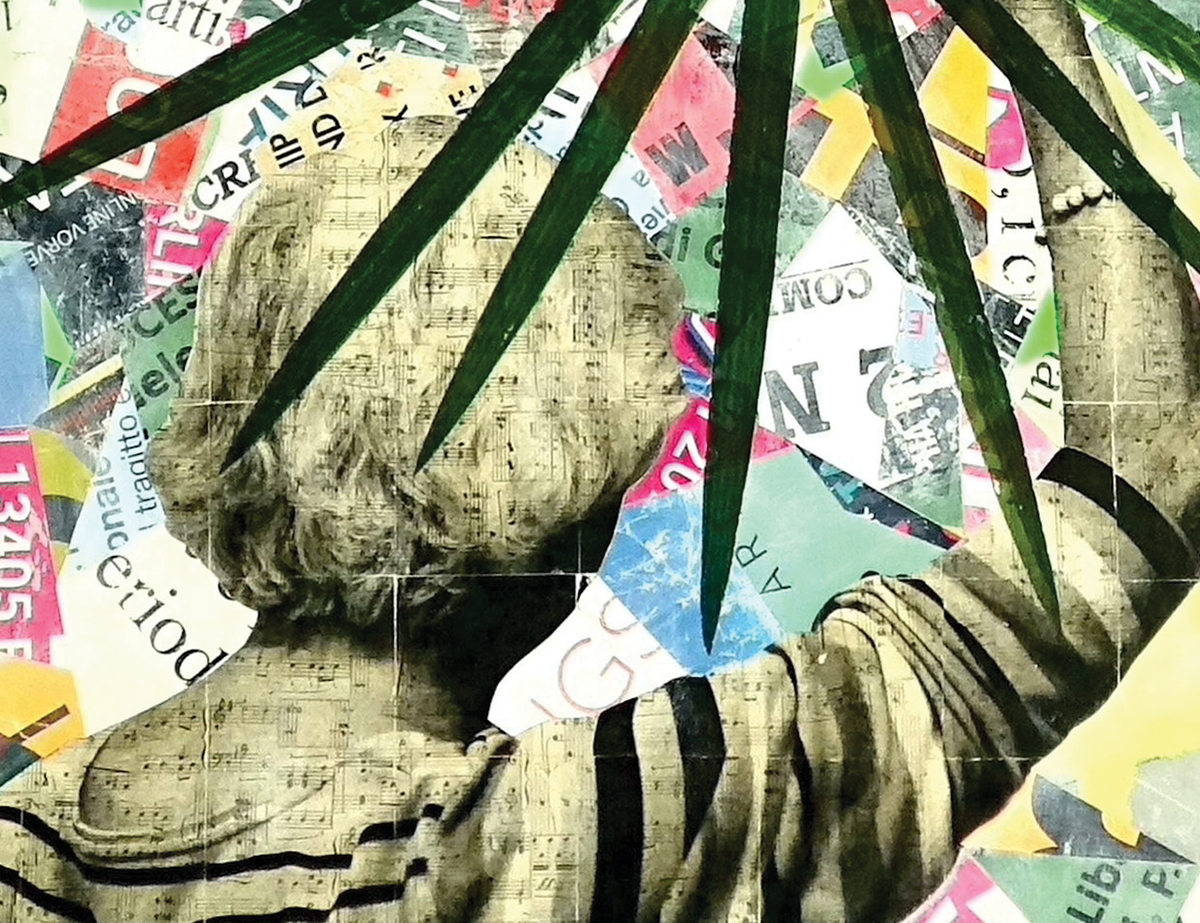 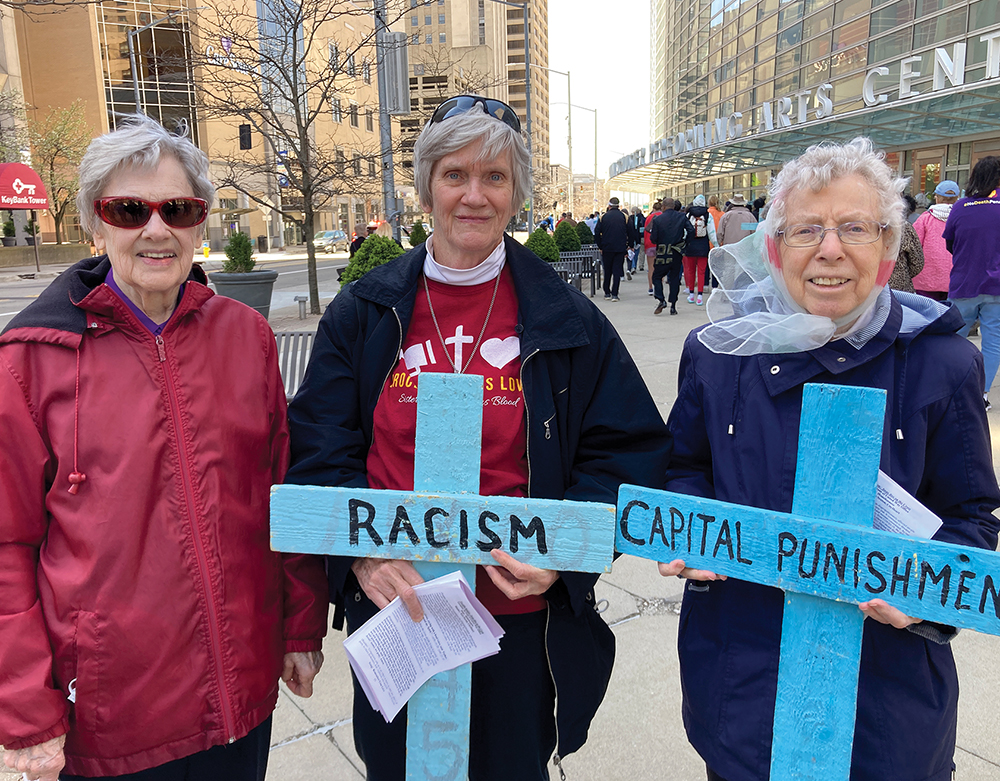