Home News & Events Sharing and Caring newsletter CPPS Through a Different Lens: Who Would Mother Brunner Be Today?

CPPS Through a Different Lens: Who Would Mother Brunner Be Today?

In the summer of 2021, the CPPS Council asked me (Sarah Aisenbrey, CPPS archivist) and Jenna Legg, CPPS vocation ministry coordinator, to present to the Sisters at their Family Reunion in October. Council’s idea was to have lay staff members give their thoughts on who the Sisters of the Precious Blood and their foundress, Mother Brunner, are from an “outside looking in” view.

Jenna and I spent the next few months brainstorming and landed on the topic of the modern Mother Brunner. What would she be doing? How would she act in our current times? We landed on several views inspired by the Sisters. We saw Mother Brunner as a rule-breaker, a gardener, anti-racist, humble, healing and joyful, to name a few of our descriptions.

On October 2, the day of the presentation, Jenna began with an introduction that stuck with me. She said, “Sarah’s view as the archivist is towards the past and the legacy of the Sisters; my view as the vocation ministry coordinator is toward the future and the possibilities for the Sisters. Because of this, we are uniquely able to give a well-rounded view of who we think Mother Brunner would be today.”

To finish the presentation, we told the Sisters that they are the modern Mother Brunner; they are continuing her past legacy and are looking to the future possibilities she saw when she began the Community almost 200 years ago in Switzerland.

A Rule Breaker
First and foremost, we see the Sisters of the Precious Blood as women of “breaking the rules with love.” This phrase was coined by one of the Community’s inquirers when she talks about mission and ministry. She recognizes the radical call of ministry and how we are called to challenge the systems that are hurting people. And she also recognizes the deep need for love in our communities.

Mother Brunner would be like this, too. She would be the one getting Sisters where they needed to go to minister to the world. She would be the driver of the Sisters’ van, making sure they got to their destinations safely (and probably stopping for some frozen custard along the way).

A Gardener
Mother Brunner probably had a natural green thumb from all the time she spent outdoors. We’re not sure what type of food could be grown in the Alps, but she would probably pick up a Midwestern garden pretty quickly, offering her abundance of tomatoes, corn, beans and other things to those in need.

When she finds out that others around her do not have their comfort foods, she would even learn how to grow native plants and vegetables from Africa in Dayton!

Anti-racist
Mother Brunner would be open to people of all races, nationalities and abilities. She would give them all her prayers and attention.

She would be invited to participate in various webinars based on her ministry with those from other races and cultures. Obviously, she would probably have some technology issues, which would frustrate her. She would much rather just talk to someone face to face, but if she has to spread the message of racial reconciliation, she will even get on Zoom.

Humble
It would be hard to find pictures of Mother Brunner in action.

She wouldn’t always tell people where she would be going. In fact, she’d probably sneak out to work before the receptionist at Salem got on duty. She’d be busy tutoring children or adults all day.

Upon her return, she’d return home and when others asked what she’d been up to all day, she’d simply say, “God’s work.”

A Healer
We’re not sure if Mother Brunner would be in the medical profession like many of our Sisters, but she would be a healer.

Mother Brunner would be a spiritual healer, comforting people in many times of crisis. Sometimes the best healers are those who are present.

Joyful
Mother Brunner found joy in so many things — her children, her travels to shrines — but most of all, she found joy in the love of her God and the Precious Blood.

She would know how to laugh and have fun at parties at Salem Heights. (We have a vision of Mother Brunner loving ice cream.)

Mother Brunner would be hesitant to join in Friday night card games, but after she joined, she would win every game and would be the last one playing. 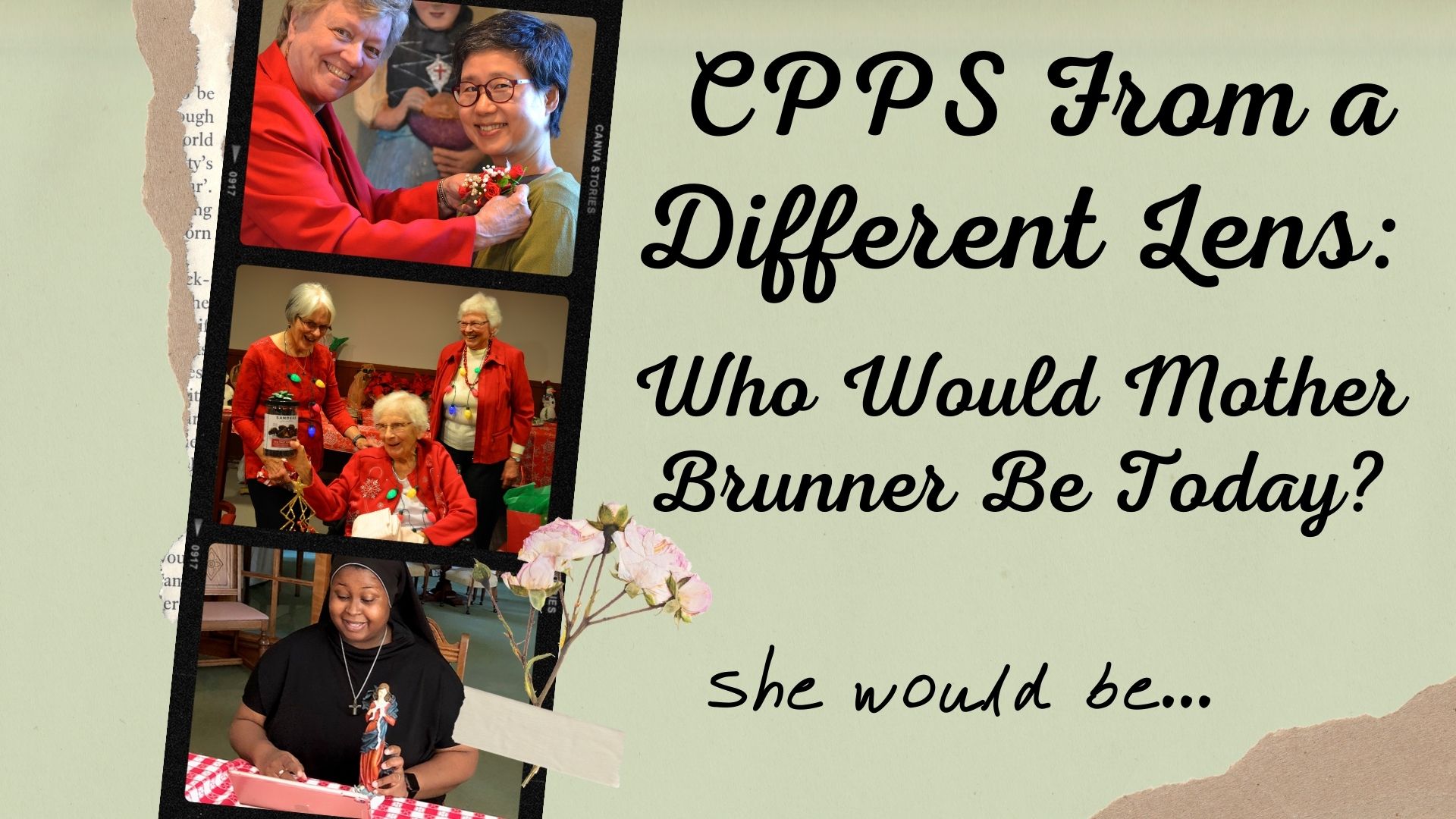 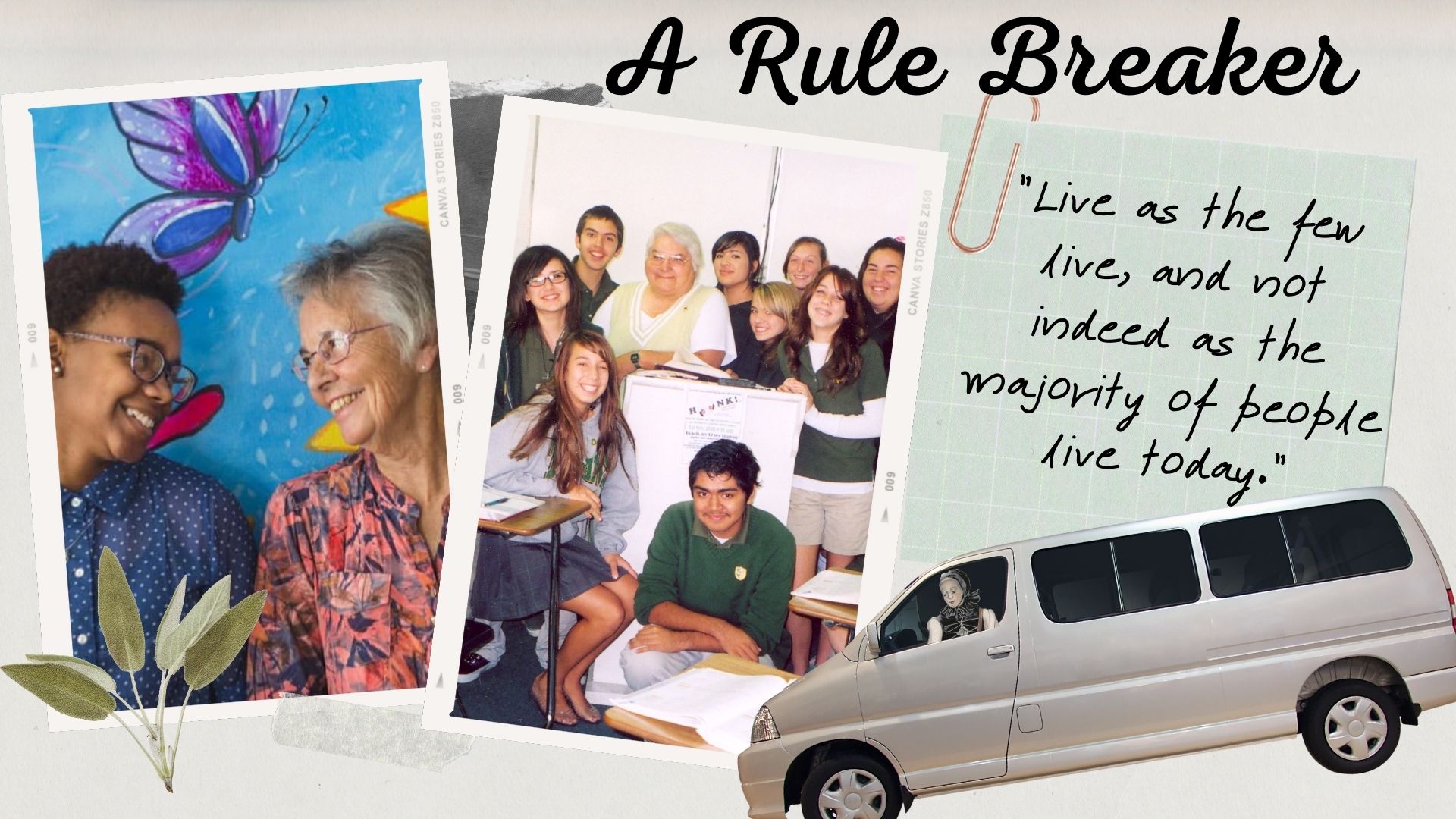 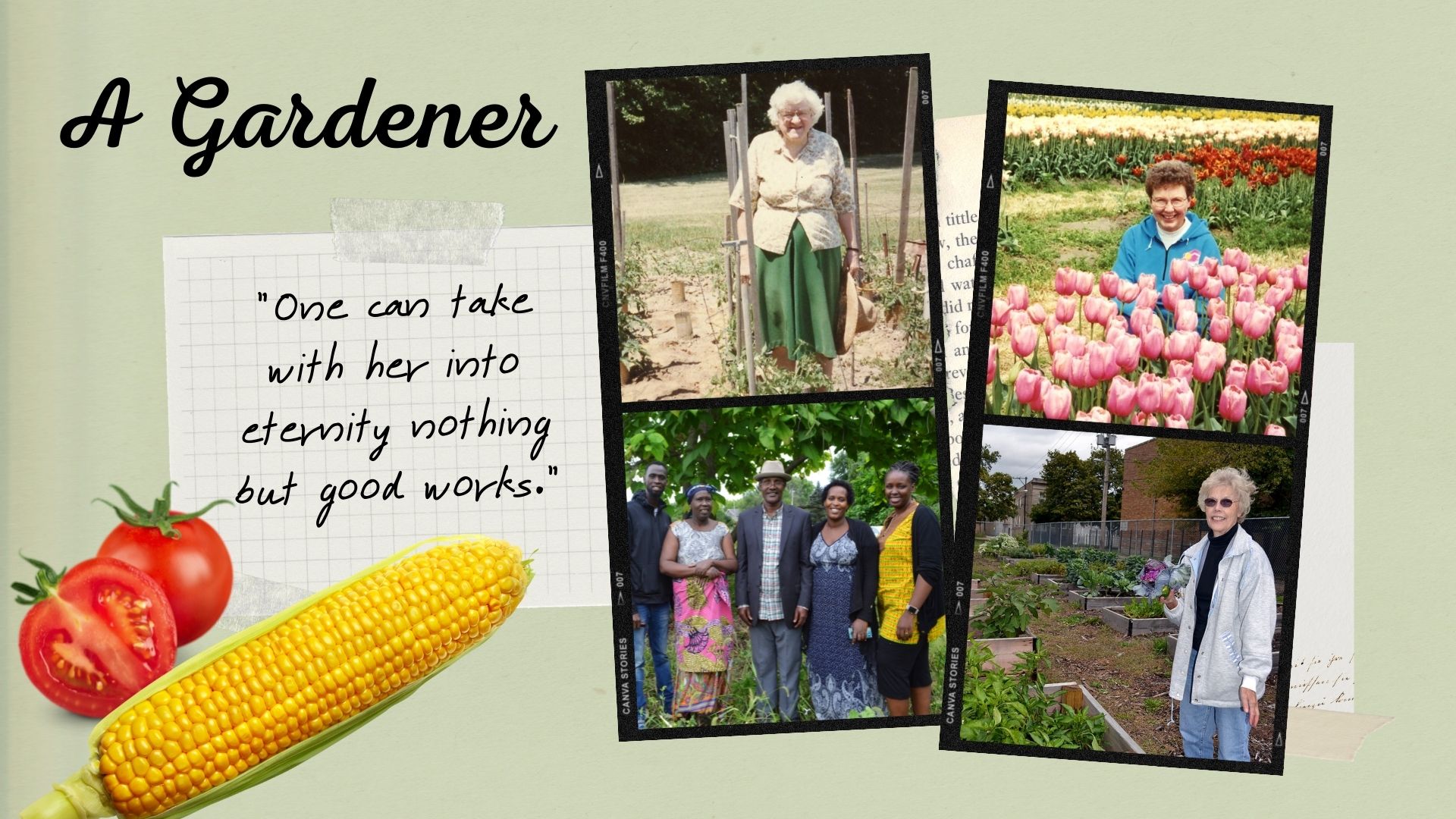 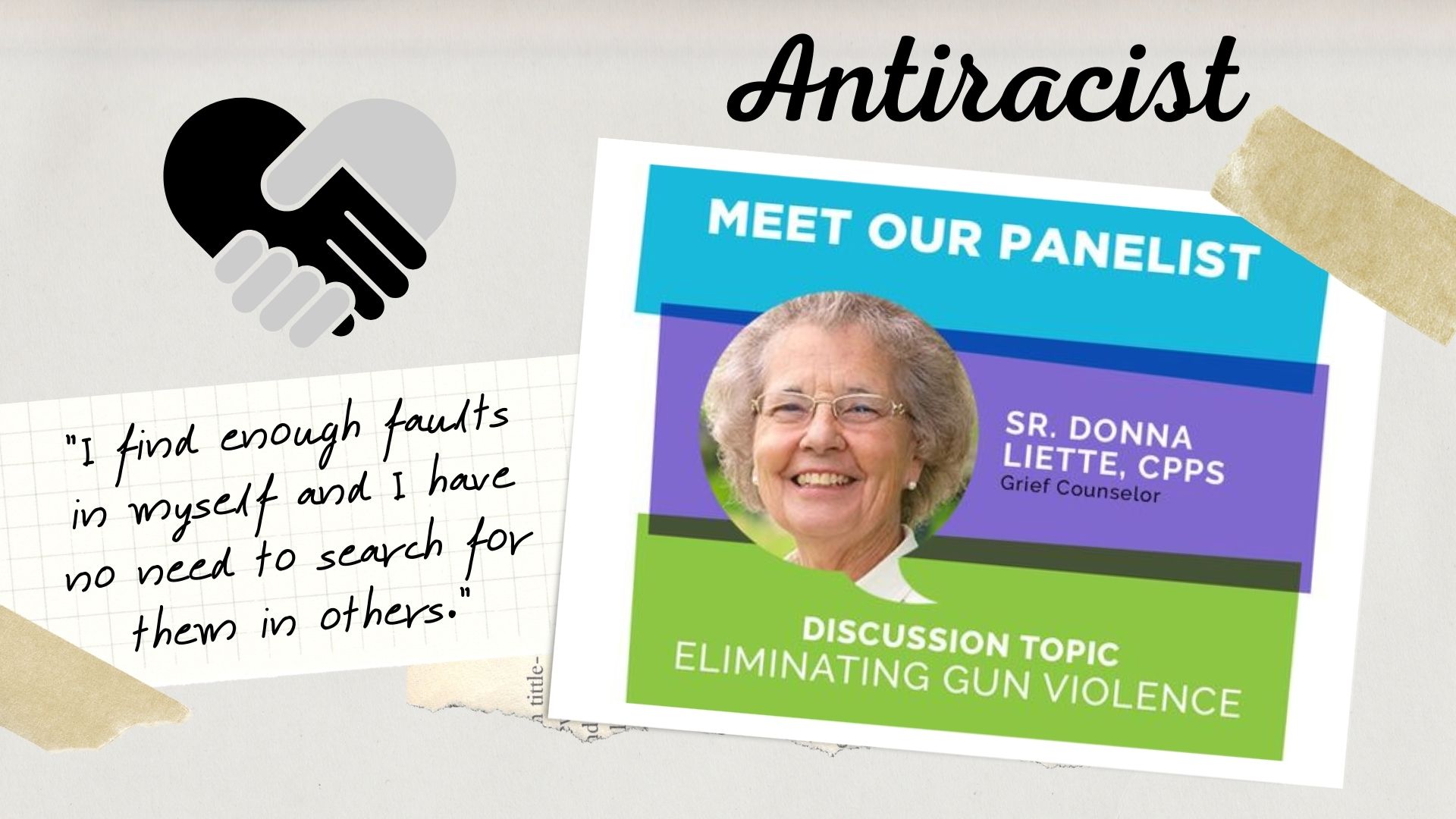 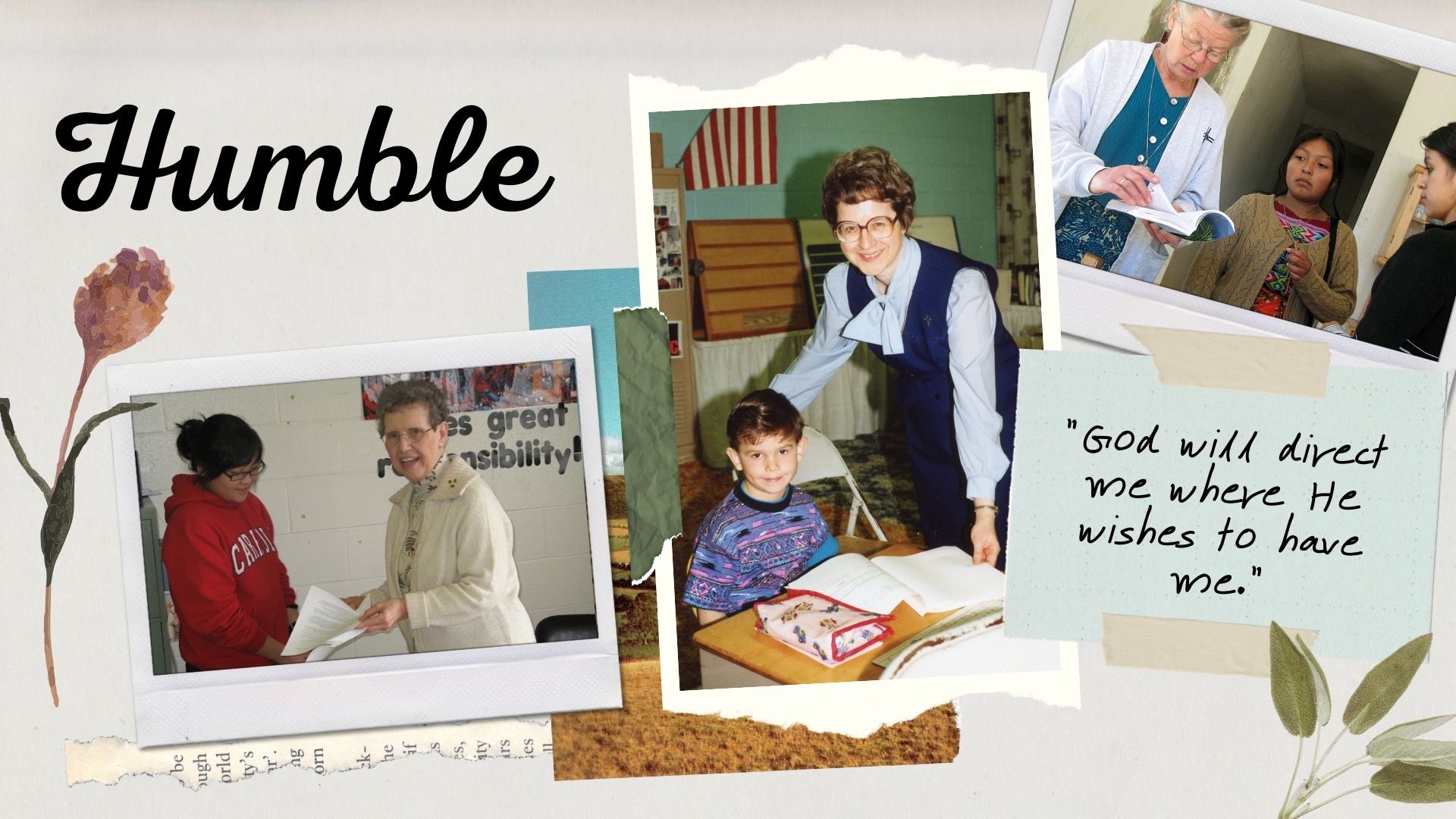 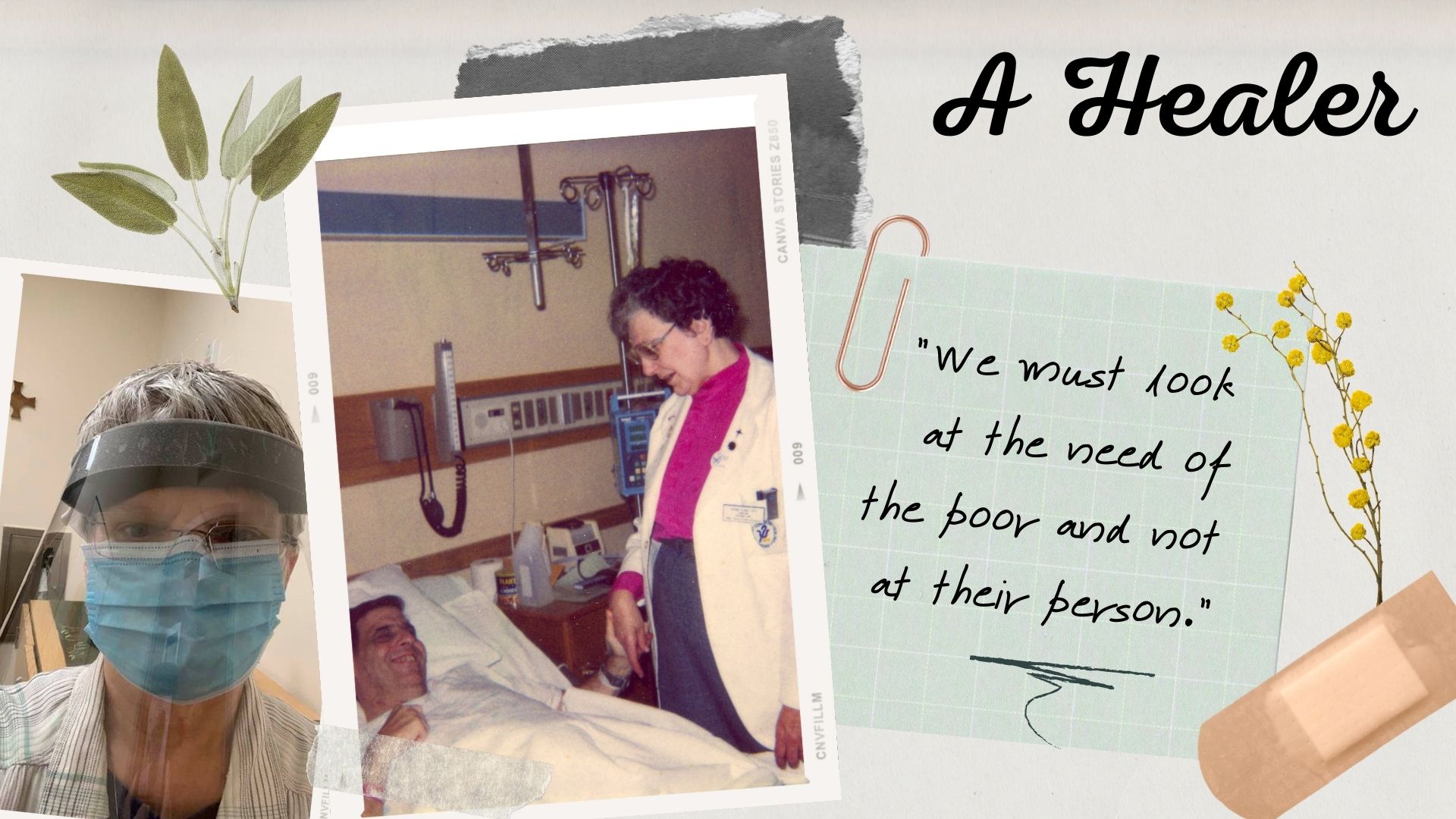 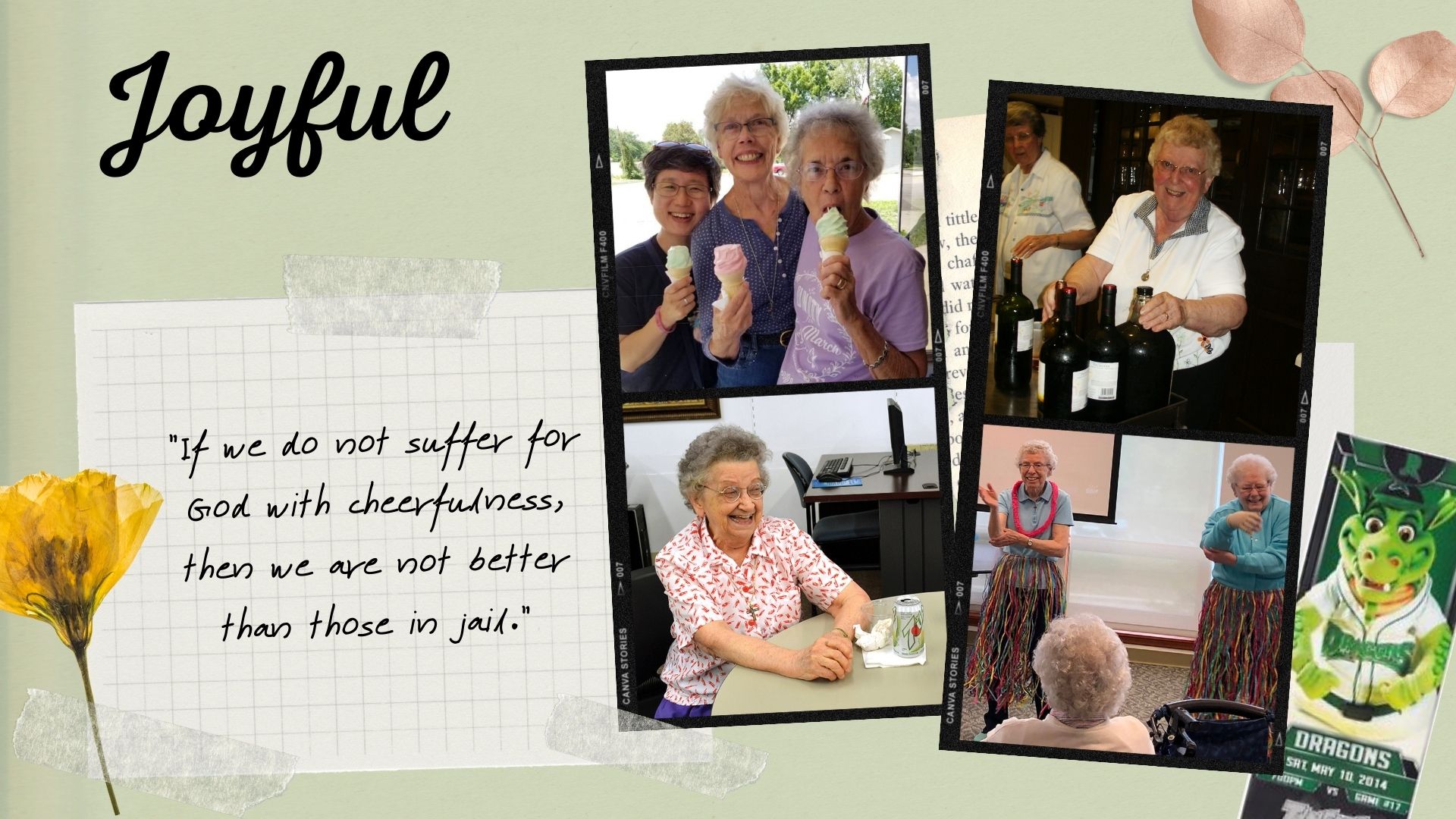