A native of what is now Con­go in central Africa, Ndanyuz­we and his family of eight spent years moving about the country trying to escape the violence. They’d walk day and night to settle in a safe place, only to be forced away by renewed conflict, sometimes within months.

Death was common. Some people succumbed to disease. Many were shot by soldiers.

Ndanyuzwe, 24, grew up watching it all.

“I didn’t live in peace,” he said. “I was looking for peace, a place where I could feel com­fortable.”

In 2010, the family decided to leave the country. They crossed into Burundi and be­gan the process for refugee re­settlement in the United States. With the help of Catholic So­cial Services (CSS), Leonard ar­rived in Dayton in November 2013. His family was resettled about a year later and they now live in the Miami Valley.

Ndanyuzwe and Congolese refugee Esperance Gikund­iro shared their stories as part of a program on refugee resettlement Jan. 9 at Salem Heights in Dayton. The event also included comments from representatives of Juda­ism, Christianity and Islam who spoke about their faith’s perspective on refugees, and a presentation by Catholic Social Services of the Miami Valley (CSSMV).

The U.S. Refugee Program emphasizes early self-suffi­ciency. Refugees arrive in this country fully authorized to work and most are supporting themselves within six months, Murphy explained during his presentation.

More than 70 people attend­ed the event, sponsored by the Sisters of the Precious Blood. The idea for the program grew out of a discussion Sisters were having last fall about the refugee crisis and how the Congregation could respond.

“We really wanted to be a catalyst to get some correct information out to people that could perhaps allay some of the fears that people have about Muslims coming into the country or just refu­gees in general,” said Sister Jeanette Buehler. “There’s an attitude in our country now that’s becoming skeptical of any refugees or immigrants coming into the United States.”

“The more that we can be transparent with community members the more we’re able to have open conversations,” Murphy said. “It breaks down barriers.” 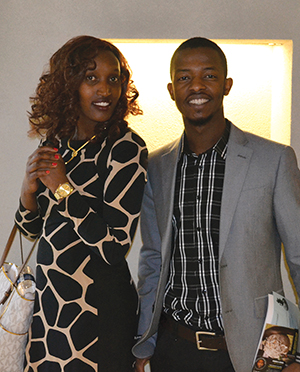