Sisters of the Precious Blood award nearly $500,000 in grants to social service agencies, schools and programs

The Sisters of the Precious Blood have awarded $499,884 in grants to 63 social service agencies, schools and social programs from the congregation’s Maria Anna Brunner (MAB) Grant Fund. The grants will support projects in 2013.

Founded in 1991, the fund supports agencies and programs in which a Precious Blood Sister is either actively involved or is familiar with the people receiving the grant. This year’s grant amounts range from $1,200 to the maximum of $20,000. The funded agencies are located in areas where Precious Blood Sisters minister including Dayton, Cincinnati and Toledo in Ohio, and California, Michigan, Guatemala and Chile.

Some of the programs receiving MAB funds in 2013 are:

• The Tech-reach community outreach at Elder High School in Cincinnati, $7,000, in support of a program in which Elder shares it’s technology and resources with its neighbors in need;

• We Care Arts in Dayton, $10,000, for art classes for people with physical and/or mental disabilities;

In evaluating applications, the board takes into account the program’s social impact and the impact the funding will have on the applicant’s mission, said Precious Blood Sister Ruth Ann Meyer, chair of the MAB Grant Fund Board. The money cannot be used for capital improvement or construction projects.

Projects must address one or more of the following: support systemic change; provide service to those who suffer from poverty; create processes that facilitate reconciliation; promote the reduction of violence in society; and empower individuals to take their place in Church and society.

The origin of the Maria Anna Brunner Fund dates to 1979 when the Sisters of the Precious Blood moved out of their Dayton motherhouse building and into a lesser adjacent building in order to provide a new place for a healthcare facility called the Maria Joseph Living Care Center (MJC). When in 1985 the MJC was well underway in providing needed levels of healthcare to the Dayton community, the MJC’s parent organization, the Samaritan Health Resources, purchased the building from the Sisters.

Not long afterwards the Sisters began a community-wide stewardship process leading to the decision of how to use the monies from the sale. The community-wide decision opted for designating the sale monies to be invested. Sixty percent of the income earned from this investment then would be allocated toward programs that help the poor. The allocations would be in the form of grants and the fund was named after the Sisters of the Precious Blood’s foundress, Maria Anna Brunner, who was well known for her care of the poor. 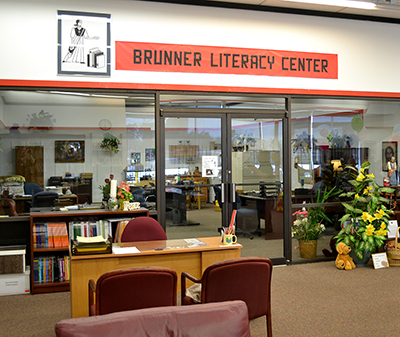 The Brunner Literacy Center in Trotwood was among more than 60 agencies, schools and programs that recently received a grant from the Sisters of the Precious Blood Maria Anna Brunner Fund. Named after the community’s founder, the fund provides grants to programs that help the poor. In 2013, the fund dispersed grants totaling $499,884. Sr. Maryann Bremke photo